A 3 Minute History of Port Wine

Port is an iconic wine with a lot of history made in the Douro Valley Portugal.  Many iconic brands were founded by Englishmen and Scots, think Taylor’s, Graham’s, Cockburn. The English / Scottish factor is due to historical commercial ties which resulted in the Port wine as we know it. Here is what happened!

Portugal has been making wine for thousands of years and wine became an important export since 1174, when the Kingdom of Portugal was established. With that came the sea trade commerce and the favourable position of country on the Atlantic Ocean, meant that it caught the attention of merchants, especially from England. In 1386 a treaty was signed between Portugal and England to establish a political and commercial alliance, which boosted this relationship. By the second half of the 15th century, a large amount of Portuguese wine was shipped to England often in exchange for salt cod, known as ‘bacalhau’.

But it wasn’t until two centuries later, in 1678 precisely, that the first records show this Portuguese wine being referred to as ‘Port’. 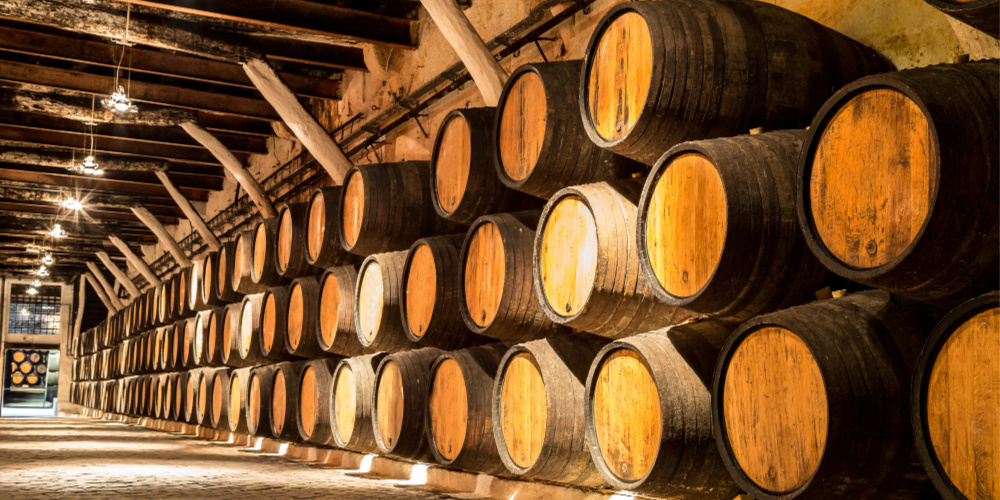 Where does the name ‘Port’ come from?

As the English – Portuguese wine trade flourished, the English consumers were growing an appetite for finer wines. The merchants embarked on this large opportunity but travelling inlands on the Douro river in search of better quality wines. They found on the upper Douro, amid rocky hills and hot climate, more full bodied and robust wines.

There was only one problem. These vineyards were located hundreds of miles away from the Viana do Castello, the commercial hub of the English merchants. The solution was to carry the wine down the Douro river to Oporto,the city right by the Atlantic Ocean where it was loaded onto ships travelling to England. The wine was known as ‘Oporto wine’ or ‘Port’ as we know it today.

To protect the wine from the long journey on the sea, sometimes it was fortified with the addition of brandy. Though today the process of fortifying Port is totally different – the wine is fortified during fermentation for better alcohol integration, not after ageing. 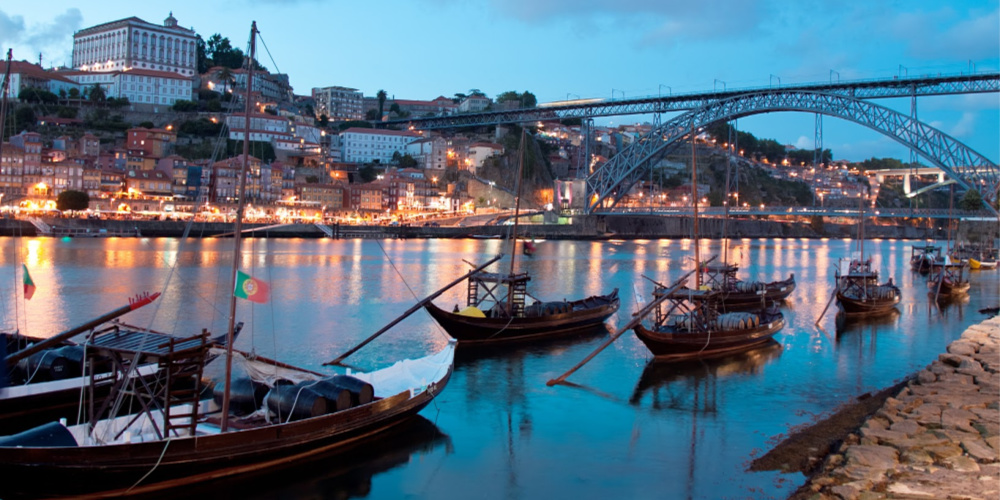 An early English pioneer in the Douro wine trade was Peter Bearsley, son of the founder of Taylor’s, who was said to be the first English wine merchant to make the hazardous trip into the upper Douro in search of the best wines. In 1755 the Bearsly family were the first to buy vineyards and make their own wine in the Douro, which gave a great advantage. Today the estate near Regua still belongs to the Taylor family which is commemorated in the Taylor’s First Estate Reserve Port.

In 1744 Bartholomew Bearsley became the first British wine shipper to buy a property in the Douro. It was a bold move and gave him great advantage, allowing him to build relationships with the farmers and secure the first pick of their wines. The property, at Lugar das Lages near the old town of Régua, is still owned by the company and its purchase is commemorated in Taylor’s First Estate Reserve Port.

Another important figure in the history of Port was the Marquis de Pombal, Portugal’s prime minister, who in 1757 (nearly a century before Bordeaux) took strict measures to demarcate the Port vineyards according to their quality. Those producing the finest wines were mainly for export and demanded higher prices were known as ‘vinhos de feitoria’. The wines for the home market were less qualitative and were called vinhos de ramo.

Next came the period for setting the fortification standards. By 1850, most Port wine was fortified with brandy during the fermentation stage. Not all merchants encouraged this practice to start with, but the consumers were in favour of the sweeter, more alcoholic wines that were capable of ageing.

All was going well for the Port trade, seen as a fine wine in Europe, until the area was hit by Phylloxera in 1868 and by 1872 wiped most of the Douro vineyards. The prices for the wine spiked and the quality dropped. Even today you can find haunted estates where the vineyards were never replanted.

One of the last steps in the modernisation of Port was the transportation move from river to land. For centuries Port we experienced the romanticised Port journey on the Douro river to the lodges of the shippers in Oporto. The last documented journey of Port in a vessel was in 1964 after which land transport took over. 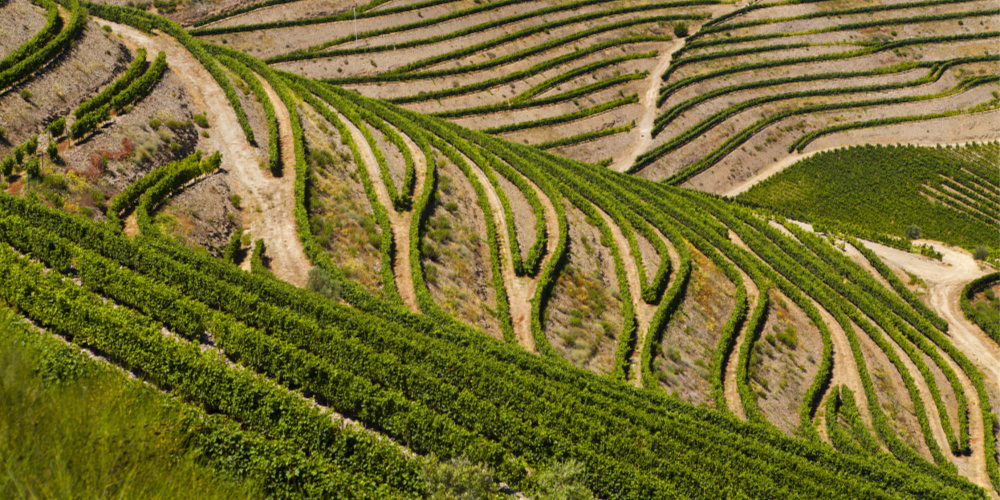 The 20th century saw new Port categories been created with Taylor’s as the pioneer estate in innovation of new styles.

1934 saw the birth of Taylor’s Chip Dry, a dry white Port that is delicious as a cocktail mixer. I like mine as they serve it at Quinta de Vargellas – with lots of ice and mint, and maybe a slice of orange. Delicious!

In 1970, Taylor’s released it’s first Late Bottled Vintage 1965, as an affordable aged wine that could be drunk straight away even without decanting. It was so successful now 1 in 5 Port drinkers are LBV fans!

More recently, in 2008, the ever creative family behind Taylor’s, introduced the world’s first Pink Croft, a rosé style Port, which can be enjoyed on its own or as a cocktail mixer.

Another new development, is the replanting of of the less important grape varieties. Furthermore, using latest laser technology, the oenologists are able to determine the angle of the slopes and the best angle at  which to plant the vines. I was surprised to see so many vines planted vertically rather than the more traditional horizontal way! 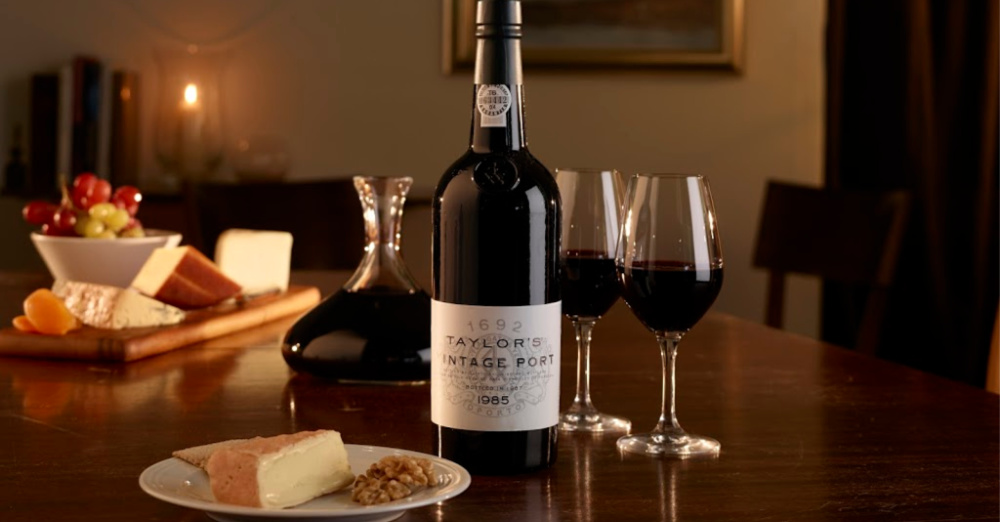 What grapes is Port made of?

The Douro Valley in Portugal is divided into three broad areas: Baixo Corgo, Cima Corgo and Douro Superior. As a rule of thumb in the Douro, the further east the region lies, the drier the climate becomes and the deeper the wines.

Although around 82 grape varieties (red and white) can be used in the production of Port, about 30 are recommended. Up until two decades ago, most winemakers were not even aware of all the grape varieties that made up their Port.  Most modern vineyards are made up of a selection of 5 top red grape types now generally considered to produce the finest wines: Touriga Nacional, Tinta Baroca, Tinta Cao, Tinta Roriz and Touriga Franca.  See the Port grapes characteristics in this related post and 5 Unusual Port & Cheese Pairings

Want to Visit the Douro & the Port Houses?

The Douro Valley is Winerist’s top 5 most popular destiantions – stunning landscapes, amazing Ports (and suprisingly sparkling wines too) plus it is great value for money too.

Check our Top 5 Wine Tours in the Douro Valley – all you have to do is just book those flight tickets! 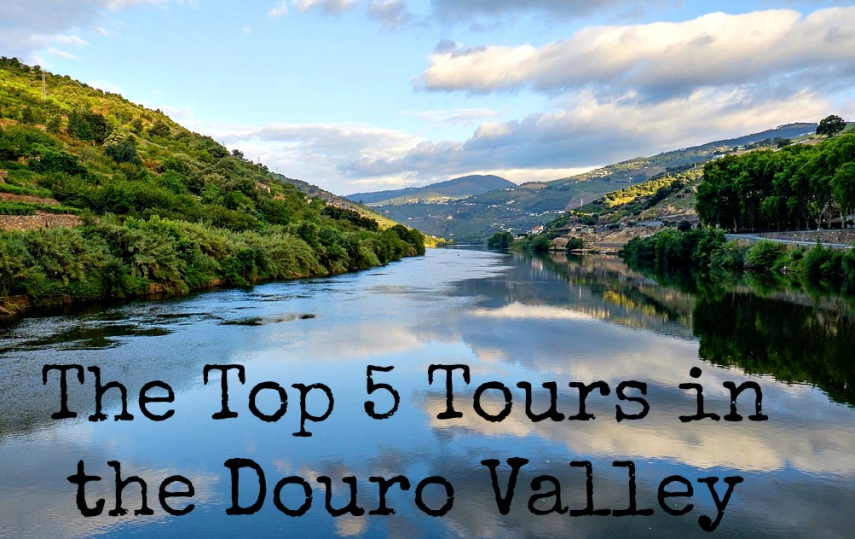