Along the highway from Venice to Milan, lies the appellation of Franciacorta: a green sea of vineyards, where the renowned sparkling wines of the region are made. The area stretches from the river Oglio on the western border to the city of Brescia in the east, and from Mount Orfano (south of Rovato village) on the southeast area to the shores of Lake Iseo. 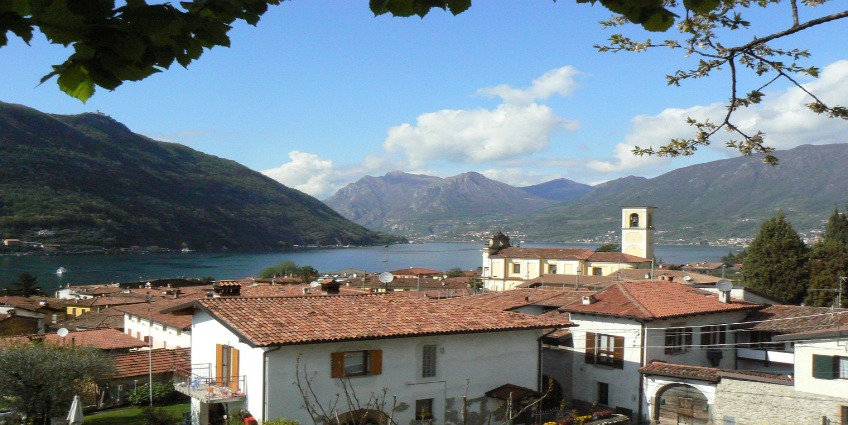 If you are looking for a romantic destination, a good choice might be Lake Iseo. One of the best things to do is take a journey by bike in Monte Isola, Italy’s largest island within a lake. You can reach it by a ferry ride from Sulzano, a village not far from Brescia situated on the eastern shore of the lake. Due to its size, no cars are allowed in Monte Isola and this makes the island the perfect destination for bikers. You can take your bike on the ferry or hire one when you get there. Once on the island, you’ll be spoiled for choice: there are many routes for walking or cycling, from easy and flat to uphill and challenging. 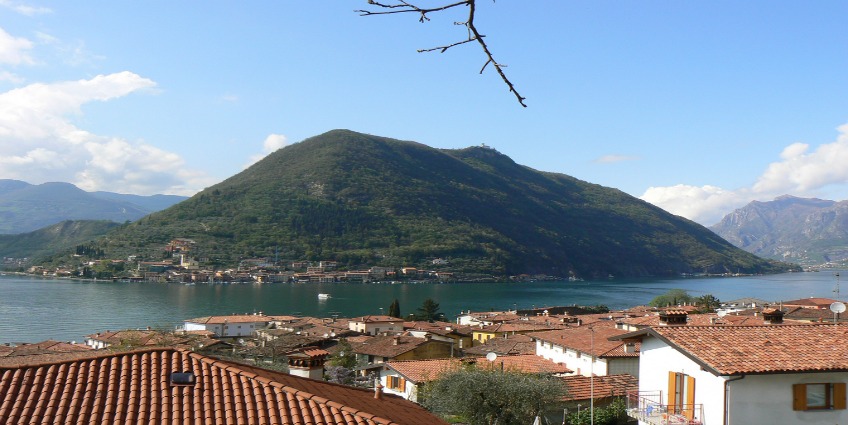 There are many things that are worth a visit: picturesque fishing villages, baroque churches and the ancient shrine of Madonna della Ceriola among many others. My personal suggestion would be a ride up to Rocca Martinengo, where there are the well preserved remains of the ancient 14th century Oldofredi Castle. The castle is now privately owned, so you can only visit it for a few days in summer. My top tip would be to check out behind the ruins: here you can find a relaxing area for a picnic, BBQ and even set up a tent and spend the night on the island! 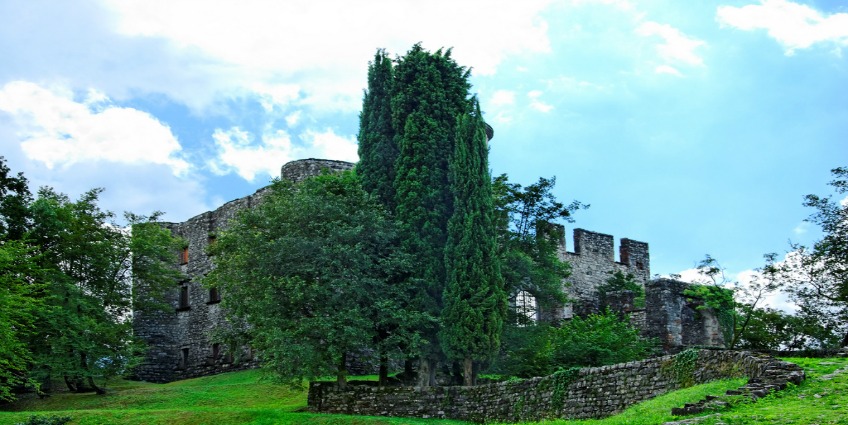 Another must-see on the island is the Net Museum, where you have the opportunity to see examples of old nets and the typical fishermen’s boats, called the naet, along the tools used for their construction. In the past Monte Isola had a flourishing industry of fishing nets, hammocks and nets for football fields and basketball baskets. Nowadays the business is much more limited, but still kept alive by the locals. 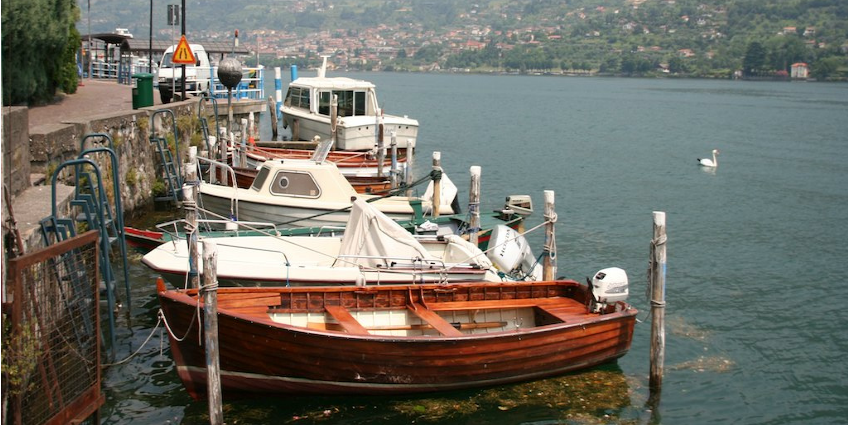 In Monte Isola there are no wineries, though: and you don’t want to come back at home without tasting some good Franciacorta, do you? So, after a stop off for lunch with a view in front of the lake at the Locanda al Lago, it’s time to return  on the mainland. It only takes half an hour to reach the beautiful Villa Crespia, the estate of Arcipelago Murator, which is focused on the production of sparkling wines made by the classic method. 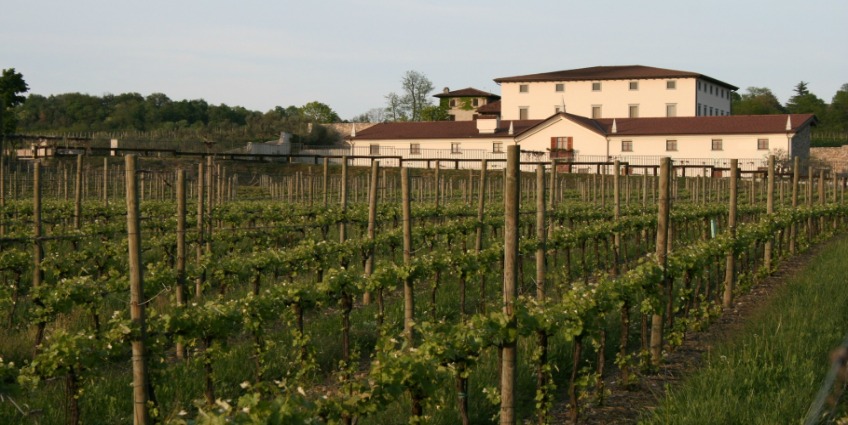 The winery is situated in the village of Adro and is made up of 60 hectares of vineyards, located in six different areas of Franciacorta. There are six different sub-regions that were identified by a zoning project in the 90 and Villa Crespia produces a different sparkling wine from each of them. You can appreciate the nuances of the 6 different micro areas by tasting all the wines: each wine has the soul of its terroir. 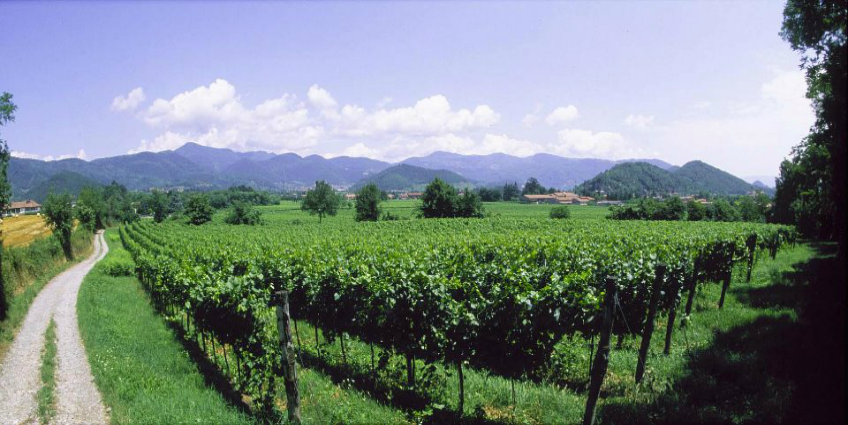 If you are looking for a more historic winery, don’t miss Il Mosnel, in Camignone. The Barboglio family inherited the historic villa with 16th century wine cellars and surrounding vineyards in 1836. Nowadays their descendants  Giulio Barzanò and his sister Lucia have made their estate an elegant yet friendly destination for wine lovers, and their sparkling wines have won awards all over the world. 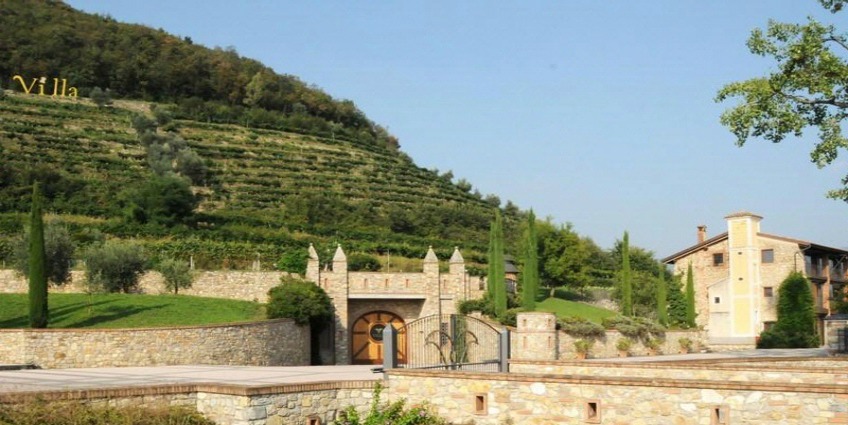 Make your final stop the Villa Franciacorta in Monticelli Brusati. If it feels more like a village than a winery, that’s because in the 15th century it actually was a small medieval village! The current owners, the Bianchi family, have worked hard to restore and preserve it. All of their wines are produced exclusively from grapes grown in its 37 hectares of vineyards. They produce sparkling Franciacorta made from grapes cultivated in the area; Chardonnay, Cabernet Sauvignon, Cabernet Franc, Barbera, Nebbiolo, Merlot. Villa Franciacorta also has a fabulous restaurant, “Il Borgo in Franciacorta” and a charming farmhouse called Villa Gradoni where you can stay. The villa is tastefully furnished and surrounded by vineyards: the ideal place to experience the relaxing way of life in this area.