The histories of D.O. Rueda and the Verdejo grape are so closely intertwined that it is virtually impossible to treat the two as separate entities. The grape and the region have grown together over ten centuries of thrilling Spanish history, the ebb and flow of countless wine trends and an ever-changing environment – but remain as vital to each other today as they ever have been. From the fortified, Sherry-style wines of the 18th century to the dry, refreshing whites we love today, Verdejo is adored by winemakers and drinkers alike for its versatility, unique character and impressive ability to age. This is a grape that truly deserves celebration, and we at Winerist are here to help you discover everything you need to know about D.O. Rueda’s most famous grape. Viva Verdejo!

The Great Grape of Rueda 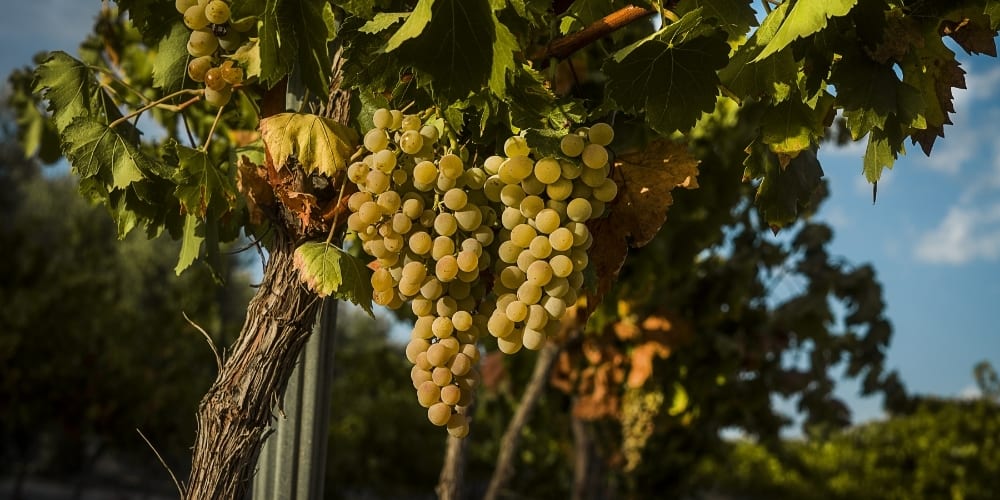 The story of Verdejo and D.O. Rueda begins a thousand years ago, in the time of the Byzantine Empire, King Canute and the Anglo-Saxons, and the Spanish Reconquista, in which areas of Spain conquered by invading forces were gradually reclaimed by Christian armies. This was a time of constant upheaval when myriad civilisations roamed freely across the landscape of Europe, carrying with them all kinds of goods to trade – including the Verdejo vine.

As a result, it is not known exactly how Verdejo arrived in the Rueda region. During the reign of Alphonse VI of Spain, various peoples were permitted to populate the Rueda basin, including the Mozarabs from Northern Africa; although there is no proof, it is highly likely that amongst their belongings, the Mozarabs brought Verdejo and so began a partnership that would last many lifetimes. Since this time, Verdejo vines have been a constant fixture of the Rueda landscape, and although people have come and gone and winemaking traditions have changed, this hardy vine has remained.

The Rise and Rise of Verdejo 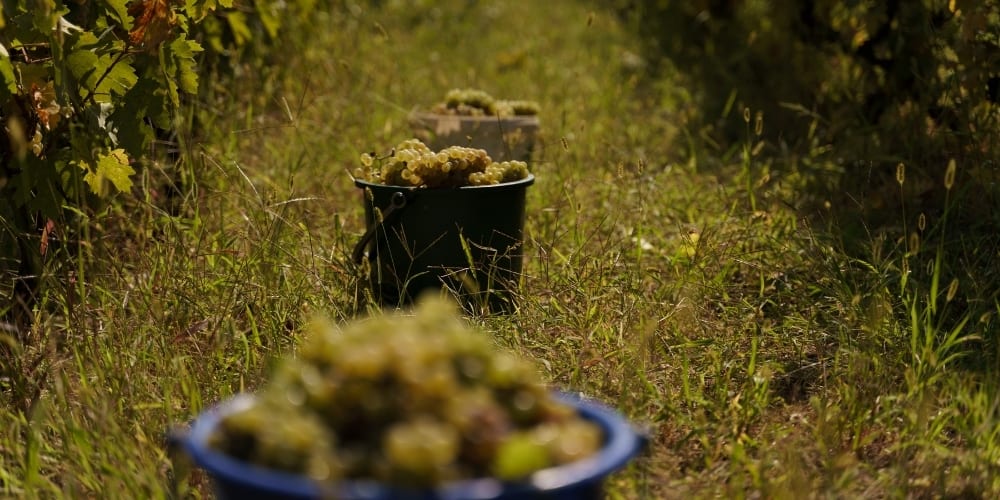 Although Verdejo has always been present in Rueda, it has not always been the flagship variety of the region as it is today. As wine trends have changed through the centuries, from sweet fortified wines to full bodied reds and everything in between, Verdejo has fallen in and out of fashion like many other varieties. However, the wines of the region, including Verdejo, began to achieve real worldwide acclaim from the 15th century when the royal Castilian court made their home in the city of Valladolid, the closest large settlement to Rueda. Local wine was subsequently much in demand and enjoyed a new vogue during Spain’s Golden Age as fortified Verdejo was served at court and transported all around Europe.

Fast forward to the present day, and Verdejo is thriving thanks to its versatility and ability to adapt to many different wine styles. The grape is well-known for its outstanding ability to age, first noted as far back as the 16th century when Verdejo was classified as ‘trasañejo’ (very old) ‘añejo’ (more than a year old) or ‘mosto’ (meaning ‘must, and referring to young, new wine). This means that today, Verdejo is still made in a range of styles but has adapted in fine form to a decline in the popularity of traditional fortified styles and the ensuing increase in consumer demand for very dry, fruity, refreshing white wines. 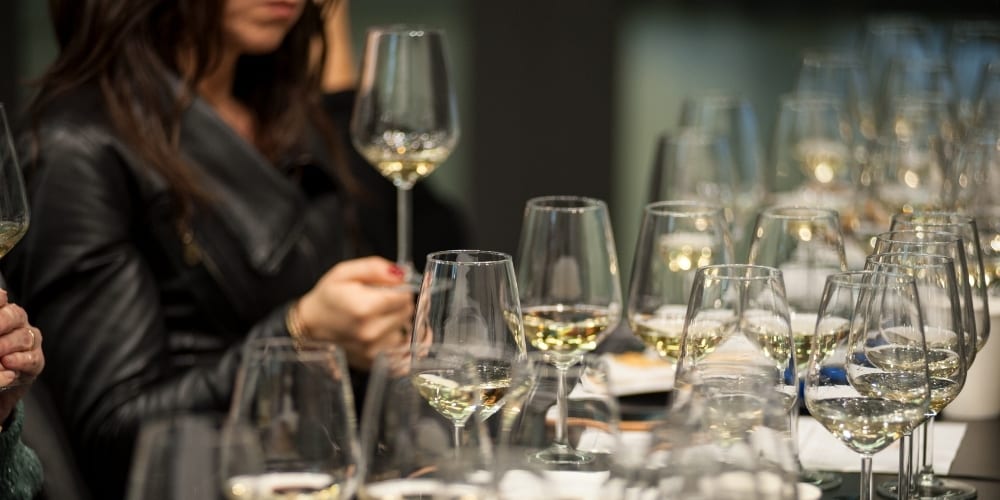 The real turning point for Verdejo came in the 1970s, when the famous Rioja winemaker Marqués de Riscal recognised the potential that Verdejo held and arrived in Rueda ready to make the most of this ancient variety. Together with the legendary French winemaker and oenologist Émile Peynaud, Marqués de Riscal got to work experimenting with new styles and techniques for Verdejo, including protective winemaking and limited use of oak, pioneering the energetic, refreshing, dry style that is so popular today – and the timing could not have been more perfect. The imminent surge in popularity of New Zealand Sauvignon Blanc in the late 1970s singlehandedly changed the tastes of wine drinkers around the world, with wine lovers seeking out new dry white wine styles from all corners of the globe … including Verdejo from Rueda!

Under the Skin of Verdejo 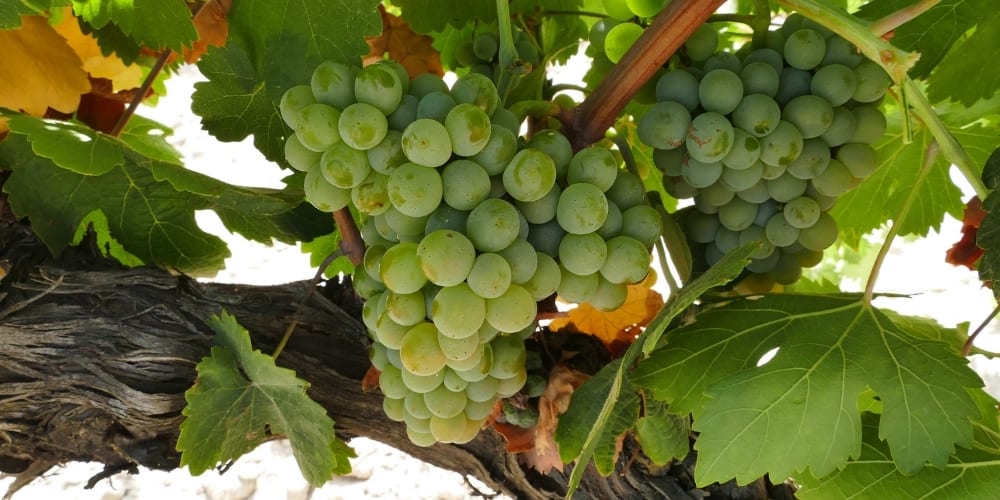 The name ‘Verdejo’ references the Spanish word ‘verde’, meaning ‘green’, and refers to the vine’s vividly bright green bunches of grapes. In fact, everything about Verdejo is vivid – bright colour, zingy acid and energetic aromas! When it comes to a classic Verdejo, wine lovers can expect high acidity and a refreshing, fruity flavour profile. Think white peaches and pears, green apples, but above all, fennel. This distinctive herbal note is one of Verdejo’s main calling cards, often appearing alongside similar aromas such as nettle, freshly cut grass and aniseed. Verdejo is also known for the slight tang that is often detectable on the palate and finish, a lip-smacking bitterness that leaves the drinker wanting more.

Verdejo thrives in the long sunshine hours of Rueda D.O. but when the time comes for the grapes to be harvested, keeping it cool is the name of the game! Verdejo is at its best when vinified at low temperatures (these conditions help it to preserve the bouncy primary fruit character that we adore) and so during production winemakers take great care to keep their precious grapes cool and protected from oxygen as much as possible. This protective style of winemaking involves everything from harvesting grapes in cooler overnight temperatures when acidity and freshness are at their peak, to using inert stainless-steel vessels in the winery, ensuring that the refreshing, acidic qualities of Verdejo are preserved for the drinker to enjoy.

The Future of Verdejo 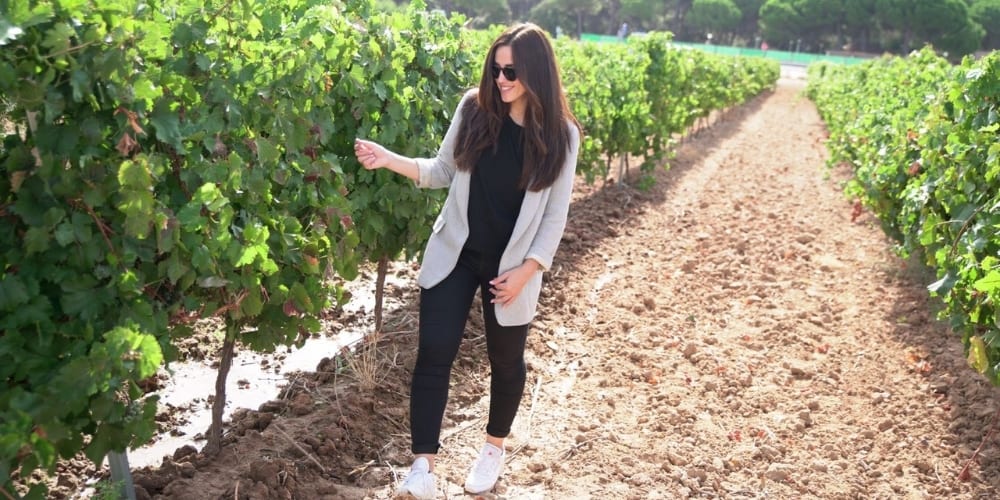 It’s undeniable that Verdejo is one of the most important features of life today in D.O. Rueda. The wines are now some of the most popular domestic wines in Spain, enjoyed all over the country, and enjoying increasing popularity across Europe as well. However, as our climate warms and the environment continues to change at an alarming rate, it may be that Verdejo becomes even more important in the decades to come.

Not only has this grape variety showed itself capable of surviving and adapting to all kinds of changes in its environment over the last ten centuries, research suggests that indigenous grape varieties may be much more able to cope with the effects of climate change than international varieties growing in strange lands. Although we now know that Verdejo technically originated in Africa, we think that it’s earned its right to Spanish citizenship after so long! Research is ongoing in wine regions all over the world – in Rueda and elsewhere, scientists hope to discover forgotten indigenous varieties, just like Verdejo, that may hold the key to weathering the storm of climate change. 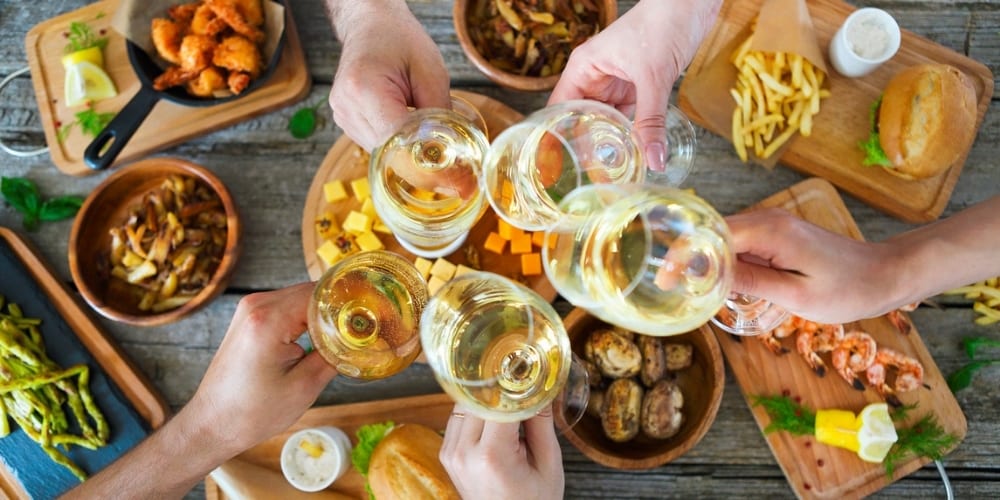 From ancient beginnings to a prosperous present day, Verdejo’s journey over the last ten centuries has been an amazing one. Despite periods where it has faded into near insignificance, faded in and out of fashion and been disregarded in favour of other grape varieties such as Palomino, Verdejo has steadfastly clung to the small corner of northern Spain that has become its home. It is for this reason that we believe Verdejo is a grape to be celebrated, enjoyed and appreciated all around the world … viva Verdejo!

If all this talk of Verdejo has whetted your appetite for some wonderful wine, why not check out our shortlist of Six D.O. Rueda Wines You Must Try!