Lawsuit Creates Panic over Arsenic in Wines – Should We Be Worried?

Does your wine contain dangerous amounts of arsenic? Here are the facts behind the lawsuit.

Californian winemakers are facing a lawsuit following tests conducted in a Denver laboratory which proposed that some of their wines contained “very high levels of arsenic.”

Kevin Hicks, who tested the wines in his Denver-based laboratory, found that there was a correlation between price and arsenic levels. He told CBS News, “The lower the price of wine on a per-litre basis, the higher the amount of arsenic.”

What is arsenic? Live Science says that arsenic can occur naturally and can also be found in man-made products like pesticides. Small amounts of arsenic are found in soil, water and air and can be absorbed by plants as they grow – which is how they make their way into our food.

Long-term exposure to small doses can change the way cells in your body communicate, and reduce their ability to function causing things like diabetes, cancer, vascular disease and lung disease. The Food and Drug Administration says that long-term exposure to large amounts of arsenic is associated with higher rates of skin cancer, bladder cancer and lung cancer, as well as heart disease. 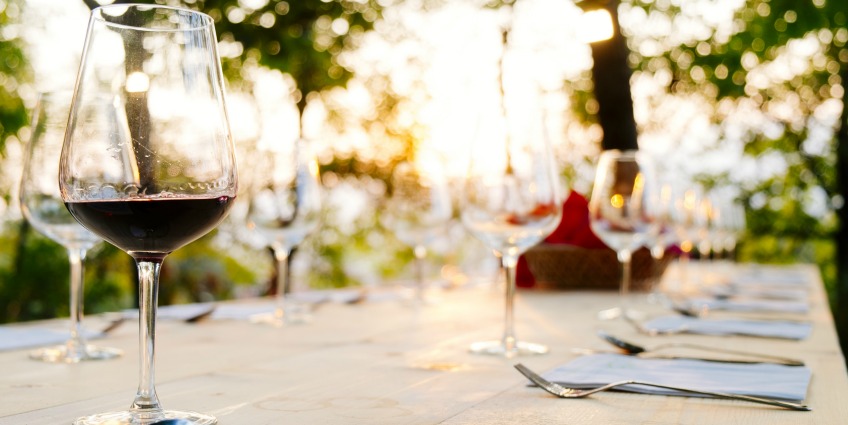 First off, in Canada, wine can have arsenic levels up to 100 parts per billion which is ten times higher than those proposed by the EPA for drinking water;  and other countries allow even higher levels.

The EPA guidelines have been calculated based on the assumption that a person will drink roughly 2 litres of water per day. To apply this to wine should mean that you’ve got to also be drinking two litres of wine per day, and let’s face it, as Forbes pointed out, if you’re drinking that much wine a day then you’ve got bigger problems to worry about than your arsenic levels.

Wine-Searcher thinks this is scaremongering and reported that Chris Lehane, a spokesman for The Wine Group, said in reply to the lawsuit, “It’s the equivalent of yelling fire in a crowded theatre when there is no fire and in fact, everything’s perfectly safe.”

Lastly, there are theories as to the intentions surrounding the study: Natural News think this is an elaborate marketing hoax used to drum up business for the lab testing industry, and in turn the mainstream media have jumped on it and turned it into more than it is.

The Wine Institute issued a press release saying: “We are concerned that the irresponsible publicity campaign by the litigating party could scare the public into thinking that wine is not safe to consume, which is patently untrue.”

So whilst the accused wines have higher arsenic levels than drinking water, whether or not that makes the wine unsafe is debatable.