Is There Pepper in My Wine?

When it comes to the flavour of a wine, it’s a group effort. Most notes on the tongue are a result of a whole host of different types of compounds working together, and there are hardly any individual compounds that are solely responsible for a particular aroma or flavour. But we live in an age of answers and that is exactly what the science-loving section of the wine community has been seeking out over the past few decades. Winemakers want to know what flavours come from where, and how they can alter their production in order to adjust these flavours.

One taste that has come under particular scrutiny of late is that distinct ‘peppery’ flavour. There has been years of research and barrel-loads of money spent on nailing down the true cause of that pop of pepper so prominent in red varieties like Australian Shiraz, Schioppettino, Mourvèdre, Durif, and Vespolina as well as the white variety Grüner Veltliner, and it looks as though the winos of the world have edged their way to the answer. 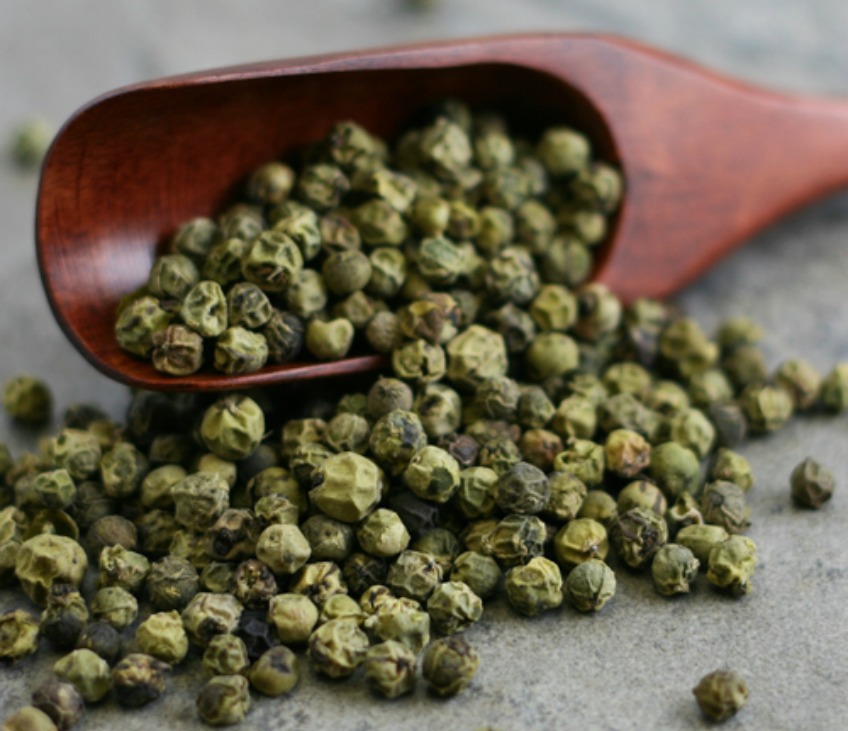 The compound responsible was identified in 2007 as rotundone, which is a sesquiterpene; related chemically to the monoterpenes found in floral varieties such as Riesling. It’s very potent with as little as 16 parts per trillion able to be detected by the human nose alone! Interestingly, not all noses can detect the pepperiness; in fact about one in five people cannot detect it at all. This is due to a phenomenon known as ‘specific anosmia’ whereby some people are almost completely insensitive to certain flavour compounds.

The flavour in question is a grape-derived aroma compound that can be found in the skin of the fruit. Water-soluble and easily extracted from the skins even before fermentation, the rotundone concentration quickly increases during the early stages of fermentation. From that point onwards, it doesn’t change much, remaining stable in the winemaking process as well as whilst in the bottle.

A study of commercial wines covering a range of varieties, vintages and regions carried out in 2009 found that the wine variety that was highest in rotundone was Shiraz. What’s more, the study discovered that wines grown in cooler climates have higher levels of it. Indeed, the fluctuations in the amount of rotundone reflected the fluctuations in temperature summer to summer, with the cooler years producing more rotundone-heavy wines. 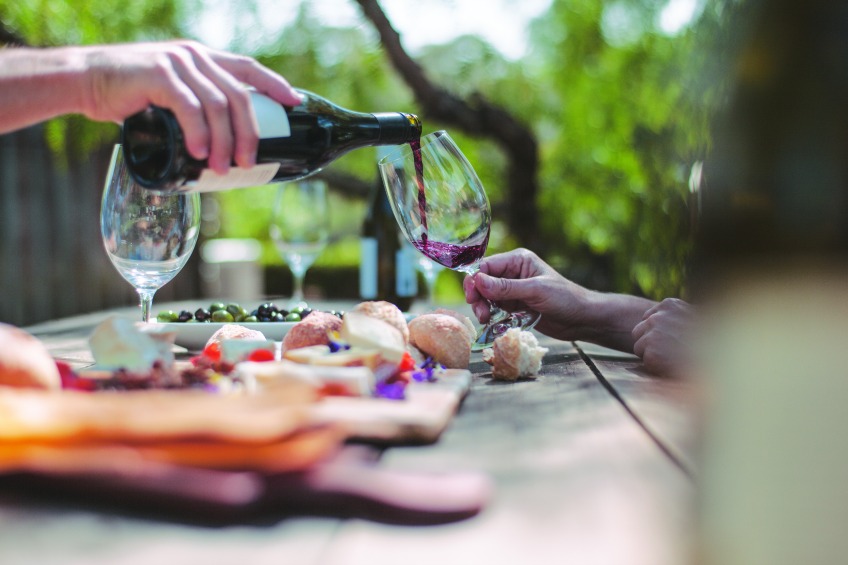 So, a little more was known about this elusive peppery taste but we still didn’t know how exactly the levels varied quite so much. To that end, a collaborative investigation was carried out by CSIRO and Mount Langi Ghiran in which they looked into the variations in levels of rotundone across one single Shiraz vineyard in Victoria, Australia, with an eye to pinpointing possible influencing factors on the biosynthesis of the compound.

The study found that variation in rotundone concentrations was surprisingly significant, with the highest being 15 times greater than the lowest and these differences occurred according to location across the vineyard. Very high concentrations of rotundone were seen in the south and south-eastern parts of the vineyard, whereas those in the north-western section contained much less. This same experiment was then repeated in 2013 on the same vineyard and the same pattern of spatial variation emerged.

Consequently, it was concluded that the production of rotundone is related to the vineyard’s topography, and the associated differences in temperature and sunlight exposure (more rotundone was produced in the cooler areas where the sunlight wasn’t as strong) and not the vines’ ‘health’ nor the soil. 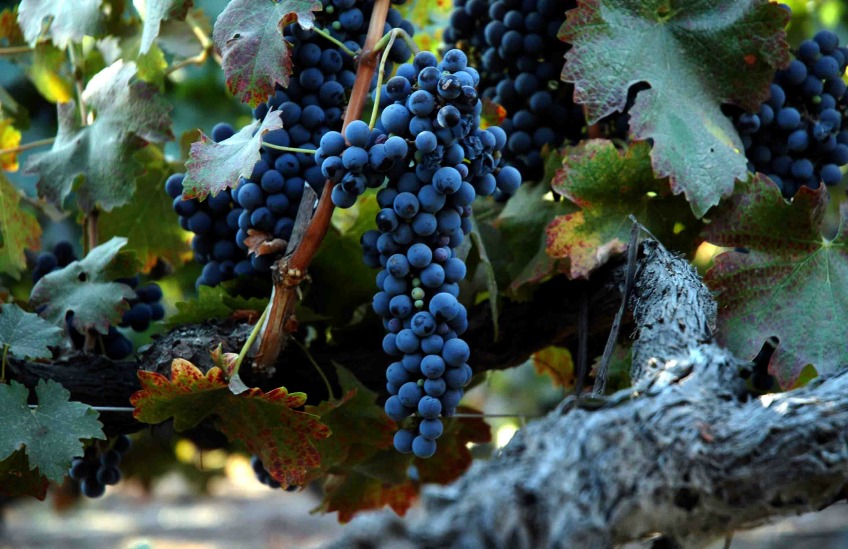 In another study, researchers in France turned their attention to the vines’ leaves, the grapes’ skins and the irrigation processes. A research vineyard in the Gaillac region was used, based on its reputation for the production of ‘peppery’ wines. The researchers looked at the grapes and resulting wines over two years and found that by far the biggest factor effecting the rotundone concentration was leaf removal, with the concentration in the resulting wine reduced by a humungous 69% in 2011 and 52% in 2012, compared to the control where no leaves were removed from the fruit zone.

The AWRI are currently in the process of carrying out yet more studies investigating other possible reasons for rotundone formation. Specifically, they are looking into the presence of fungi such as Botrytis, which is known to create fungal oxidase enzymes. Such enzymes have been used in the fragrance and flavours industry for rotundone synthesis, so it is quite probable that they also contribute to the formation of rotundone in grapes.

So, winemakers now know that if they want to alter the levels of rotundone in their wines, they need to pay attention to the viticultural practices they employ and the environmental factors going on around them. Beyond grape ripeness and harvest date, key variables are sunlight and/or temperature in the bunch zone, which can be related to the topography of a vineyard, bunch exposure, soil properties, vine vigour, and water status. If they pay attention to these factors, then the pepperiness of their wine is up to them (and Bacchus!).

Now the question is; how much of a peppery pop do we really want in our wine? Let us know in the comments!