Everything You Need to Know about Organic and Biodynamic Wine Production

Biodynamic and organic viticulture are methods of production that certain winemakers favour to help them influence the nature of the wine to their style and philosophy of farming. What both methods have in common is the prohibited use of any chemicals or fertilisers that can leave residue on the vines; only a small amount of sulphur can be used to control a rise in mildew.

Winemakers around the world are adopting this approach due to the boom in people wanting to know exactly what they are consuming and where it comes from. Countries such as Australia and Italy are producing vast amounts of natural wines, and winemakers are in various stages are converting to biodynamic production. For example, Estates such as Domaine Romanee Conti in Burgundy have been converting since 2007. In certain cases, Domaine de la Boissonneause (also Burgundy) and the famed Henschke estate in New South Wales have only a few vineyards producing biodynamic wines.

France is a good place to start looking for natural wines because in certain regions such as Provence and Bordeaux the climate produces mists that naturally protect the vines against most pests.

Organic wine production is the same as all organic farming in that there must be no added pesticides or other synthetic chemicals.

There is, however, one big difference when comparing organic wine with organic food and that is the use of Sulphur-Dioxide. Sulphur-Dioxide increases the shelf-life of the wine and has a slight influence in the flavour of the wine. 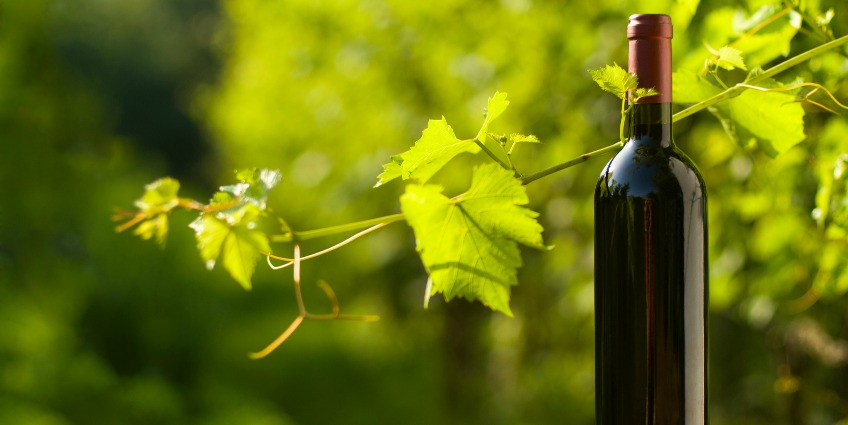 When it comes to biodynamic wine production start off by thinking of an organic wine, but taken a step further. This is a pretty complex method but a sound overview of it is given by Jasper Morris MW who states, “An organic wine making approach is axiomatic, but biodynamics seeks to go further. Central to the issue is the calendar which divides days into Flower, Fruit, Leaf and Root categories according to the influence of the moon and stars on the Earth’s natural rhythms.”

Winemakers who practice this method believe is that by combining ecological self-sufficiency with modern agro-ecology you create a living, inter-connected system that continuously provides organic, healthy fruit to harvest. It may sound slightly convoluted but think of it this way, any winemaker who puts this much effort and time into their vineyards will probably make a decent bottle of wine.

Rudolph Steiner, a 1920s Austrian philosopher, started the concept of Biodynamics and believed it to be a homeopathic way of farming. He described nine different preparation methods for biodynamical viticulture and these range from cow manure to other medicinal plants such as Camomile, Dandelions and Valerian flower juice. We then go to step one:

1. Each component would be buried in, for example, a cow horns or other farm animal skull, or even the intestines (although no actual organs are used) over the winter period.
2. The components are then dug up and inserted into solid compost or spray
3. The compost or spray is then used to fertilise the soil.

Out of the nine components, three are used as sprays (horn manure, common horsetail and horn silica) and the rest are added to solid compost. Bear in mind that in these sprays and composts there can be no added chemicals or synthetic fertilisers, the natural ingredients are supposed to that job.

We then come to the four categories mentioned earlier: Fruit, Root, Flower and Leaf. This is where the correlation to the moon and stars comes into effect. The biodynamic calendar is split into these categories which each represent the optimal time for a particular stage of the vine growth:

So that’s the basic principle. The controversy comes in the form of some of the wines having added sulphites in them. As I said before this is what gives the wine its shelf life.

We know the use of sulphites has caused controversy, however a good example of the kind of prejudice surround biodynamics can be found with the Pontet-Canet estate in the Paulliac appellation of Bordeaux.

The winery had their 2012 vintage Les Hauts de Pontet-Canet refused AOC classification by an independent judging panel due to volatile acid levels in the wine. This meant it could not be called a “Paulliac” wine and therefore had to be labelled Vin de Table, thus harming the prestige of the wine.

One theory behind the reason for this is the use of Amphorae, an ancient clay jar with two handles. Amphorae are used in biodynamic and organic production because it means the wine has minimal contact with wood. It is the use of the Amphorae that increased the acid levels in the wine.

In France, they are very, very traditional and anything unorthodox can potentially unsettle producers who are used to conventional methods of winemaking. So the reasoning behind the rejection could be that wine was far too acidic or that the judging panel just didn’t agree with the method of production. Prejudice and a desire for tradition seem to me to be at the root of the argument against biodynamic and organic production, especially in France.

Is It Worth It?

It all comes down to preference. There have been studies showing that biodynamic vineyards have healthier vines than others that don’t. It’s a pretty interesting method of winemaking and like I said before, if someone goes to this much trouble to make a bottle of wine it must be worth trying. If you want to know exactly what you’re consuming as well then it’s another reason to try them.

If you would like to book a trip to an organic winery, get in touch with us.