3 Wineries in Valpolicella to Get You Started

Never been to Valpolicella? If you are a wine lover, sooner or later you’re going to have to visit this area in the Veneto wine region, where the famous wines Amarone della Valpolicella and Valpolicella Ripasso are made. Become well acquainted with the wineries in Valpolicella, a viticultural zone which stretches 25km from west to east and 12km from north to south. The city of Verona is found in the south in the middle of a complex system of valleys that flow from north (Monti Lessini) to south. The Adige River limits Valpolicella in its western and southern sides.

Usually, we divide Valpolicella into three parts: the historical part, called “Valpolicella Classica”, the Valpantena valley in the middle and the eastern part called “Valpolicella Doc” or “Big Valpolicella”, because its extension is bigger. In all of these more than 2 hundred wineries are found; most of them are family-run, in nice buildings more or less old, but some of them are quite interesting because they are hosted in ancient manors…

To be fair, there are a lot of historical “villas” in Valpolicella: in the past, the area was called “the Verona garden” for the mildness of its climate and the generosity of soils, so that the nobility and the wealthy people from Verona came here and built beautiful houses for their holidays, surrounded by fields cultivated with fruits and vineyards. Nowadays, almost every manor is a winery! So, we can start our exploration with three of the most famous. 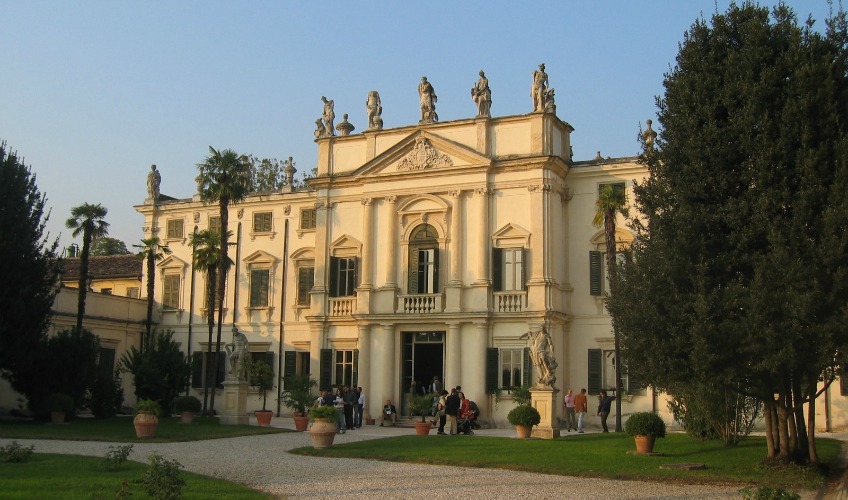 Villa Mosconi Bertani (also known as Villa Novare): Located in the municipality of Negrar, Località Novare, and owned by Gaetano Bertani, this neoclassical manor is the only Veronese estate constructed for the purpose of wine production since the beginning of the 18th century. It is surrounded by vines and a gorgeous romantic garden.

Why visit? The manor has impressive frescos and paintings inside, and a historical cellar with old cement and oak vats and some winemaking instruments from the late 1800s and early 1900s.

Interested in wine tastings and winery tours at Villa Mosconi?

Villa Della Torre: Owned by Allegrini, among the most renowned families of wine producers in Valpolicella, this manor is in Fumane village. The villa is a jewel of sixteen century Italian architecture; Giulio Romano, the author of Palazzo del Te in Mantua during the rule of Gonzaga dynasty was among the contributors to the architectural project. The stately building is surrounded by the vineyard called “Palazzo della Torre”, the same name of its wine.

Why visit?  This villa has the most impressive zoomorphic fireplaces (called “mascherone”) worth seeing! 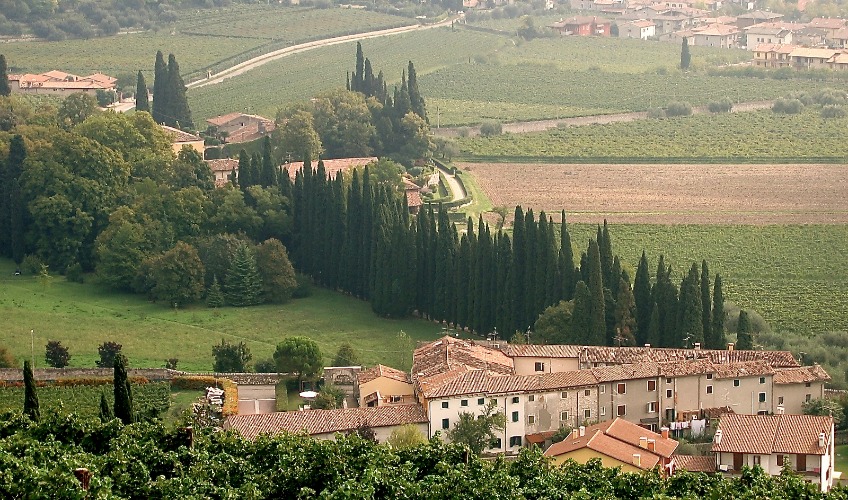 Villa Serego Alighieri: Not far from Fumane, this villa is still owned by the direct descendants of the Italian poet Dante Alighieri, the count Serego Alighieri. Surrounded by a beautiful garden, the estate is a composite of various architectural styles from different eras.

Why visit? Foresteria is a great place to experience the wines from Possessioni Serego Alighieri and breathe the atmosphere of one of the most famous cultural salons of Verona.

This is just the beginning! Each of these wineries are open to wine tourism, and organise wine tastings and guided visits. They also host cooking courses, conferences and public or private events.

Experience wine tastings and guided wine tours at Villa Serego Alighieri for yourself when you arrange a visit with Winerist!

If you would like any help planning or booking a wine tour to a winery on or off this list, get in touch.

This article was written by Elisabetta Tosi.