10 Vineyards in Unusual or Dangerous Locations

Sometimes the best climate and locations where vines grow are not found in the most accessible places. But winemakers do everything they can to create great wines with the grapes of unusual vineyards around the world.

The labour in these vineyards may be complicated and possibly even risky, but the end result is worth it. Most of these vineyards grow in conditions of exceptional harshness giving a high quality to the small production.

The Romans first built the terraces that still make possible the cultivation of vines on slopes where harvesting seems like it should be left to mountain climbers. The higher we rise, the more intense the rays of the sun become and purer and dryer the air. The cold causes the grape to freeze concentrating more sugars. The soil and its components allow people to create wines of great character and excellent quality. The combination of these factors mean the wines produced in these vineyards are unique.

Located in the Mosel wine region of Germany on a slope of 65 degrees, the steepest vineyard in Europe is raised above the river. The slate and the inclination of the land, although they make harvesting the grapes more complicated, help store the heat by the vines.

Colomé winery is not only the oldest cellar of Argentina (established in 1831), but also the highest vineyard in the world. Located in Salta, Argentina, at 3,111 meters above sea level the vines are in a perfect microclimate to create wines of a high quality.

The agricultural cooperative of Associação dos Agricultores de Chã is the main organising body in the village holding considerable sway over the local economy. In their lands of Chã, at an unusual location (their active volcano last erupted in 1995) significant quantities of grapes have been grown to produce export-quality for over 120 years ago. 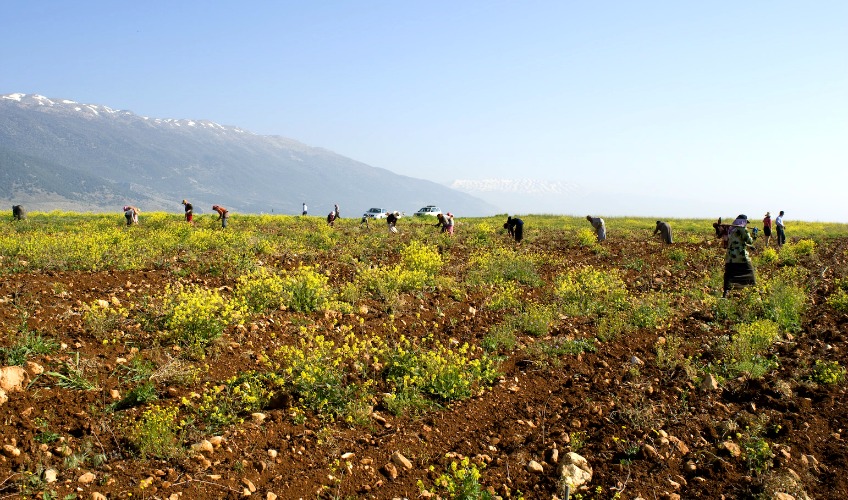 Chateau Musar was founded in 1930 by Gaston Hochar. His son, Serge Hochar, was nominated in 1984 by Decanter magazine as ‘Man of the Year’ recognising his dedication to producing splendid wines throughout Lebanon’s Civil War (1975-1990). Nowadays, they still work hard to produce superb wines, but are aware that the valley can quickly turn into a war zone.

La Geria is located in the southwest of the island of Lanzarote (Canary Islands, Spain) in a nature reserve of Yaiza. The landscape is unique with vineyards excavated on the large expanse of volcanic ash due to the eruption of Timanfaya volcano in 1730.

The semicircular holes dug into volcanic ash of the vineyards are protected from wind and benefit from the contrast in temperature and humidity which ensures the best Malvasia grapes on the island.

In the rocky terrain of Dalmatia you’ll find the Babic variety planted in holes and surrounded by stone walls that maintain the warmth of the vines during the day and keep the temperature during the night.

Located in the Valle del Tunal in México, Don Leo is placed in one of the highest vineyards in the world. At an altitude of 2,100 m above sea level the vines are surrounded by mountains which maintain a chilly microclimate during the ripening season provoking greater aromatic concentration on the grapes and a better definition of varietal tastes.

Located near the ancient city of Luxor, the Sahara Vineyards face substantial changes in temperature from day to night, adding the complete lack of rain and the fact that the desert sand does not contain organic matter or nutrients. Despite these drawbacks, the wine produced in this land has high quality and is very valued.

Vin de Tahiti produce their wine in the heart of the South Pacific at Rangiroa in one of the largest atolls in the world. Famous due to its amazing coral reefs, it is now also known because of its wines and their vineyards cultivated around coconut trees. Its freshness is probably what characterises the wines of Tahiti.