The World’s Most Spectacular Wine regions

From the stunning Santorini Island in Greece, to the exotic Casa Blanca Valley in Chile, with some stops in other wonderfuldestinations, we’ve selected the most spectacular wine regions of the world to show you why tasting wine in its splendid home can be an unforgettable experience.

So, if you are a wine lover, you must add these destinations to your bucket list. Here is our top 10: 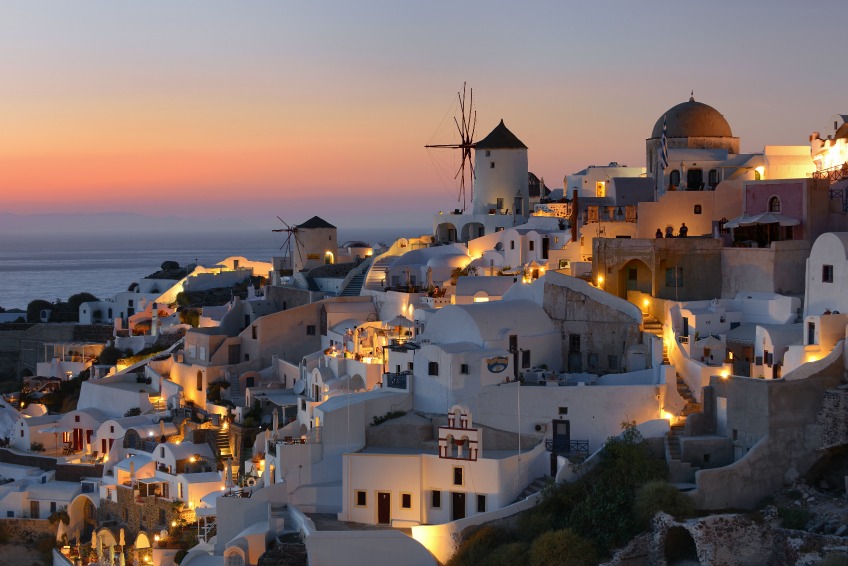 Our trip starts in Santorini, Greece. This island is immune to phylloxera as its volcanic soils contain none of the clay that is necessary for the parasite to survive. As a result, many of the roots found on the vines on Santorini are centuries old. The grape growers of Santorini use a unique bush-training system, known as koulara, to grow the grapes. As the vines grow, they are woven into baskets with the grapes facing towards the inside of the ring. The vine’s leaves and vine provide protection for the grapes from harsh winds and sunlight.

Some of the most famous wines from this islands are: Nykteri which means “working the night away” in Greek, as it was traditionally harvested at night to avoid the hot temperatures and create a fine wine with little extraction from colour and exposure to air.  Another traditional wine is Vinsanto, which represents an important part of Santorini’s history. 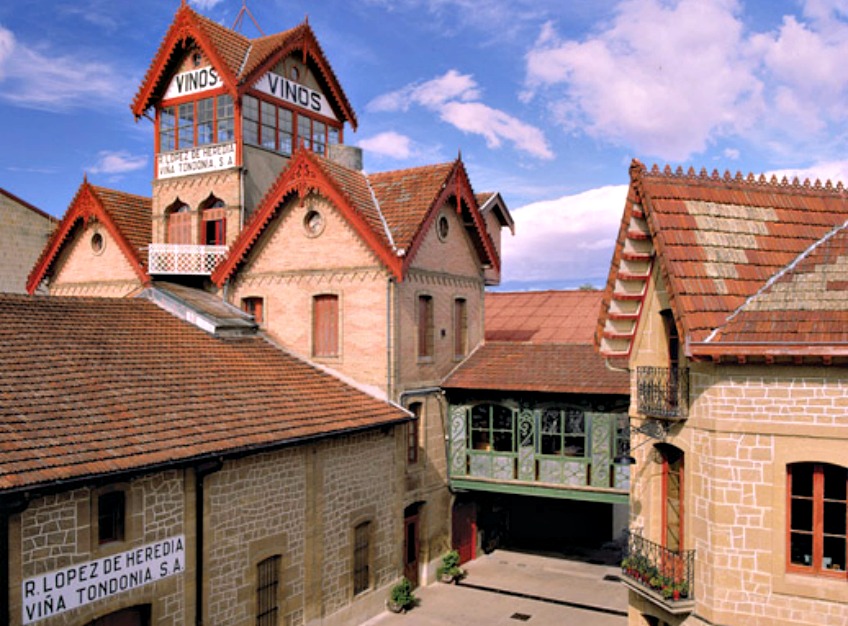 Named after the River Oja, Rioja is the oldest DO (Denominación de Origen) in Spain, dating back to 1925 and recognised for its tradition and quality of wine making. Rioja red wines are typically a blend of Tempranillo, Graciano, Garnacha and Mazuelo grapes. Famous for oak ageing, Rioja has the largest barrel cellars in the world, as oak ageing in 225 litre casks from Bordeaux is obligatory for Crianza, Reserva and Gran Reserva wines.

This region, is split into 3 sub regions, Rioja Alta, Rioja Alavesa and Rioja Baja that each differ in soil, climate and altitude. Protected by the Sierra de Cantabria and Demanda mountains the valley formed between the 2 ranges is a microclimate perfect for grape growing. You can’t miss the seven historic wineries of Haro’s Barrio de la Estacion, which is the greatest concentration of hundred-year old wineries in the world, stunning! 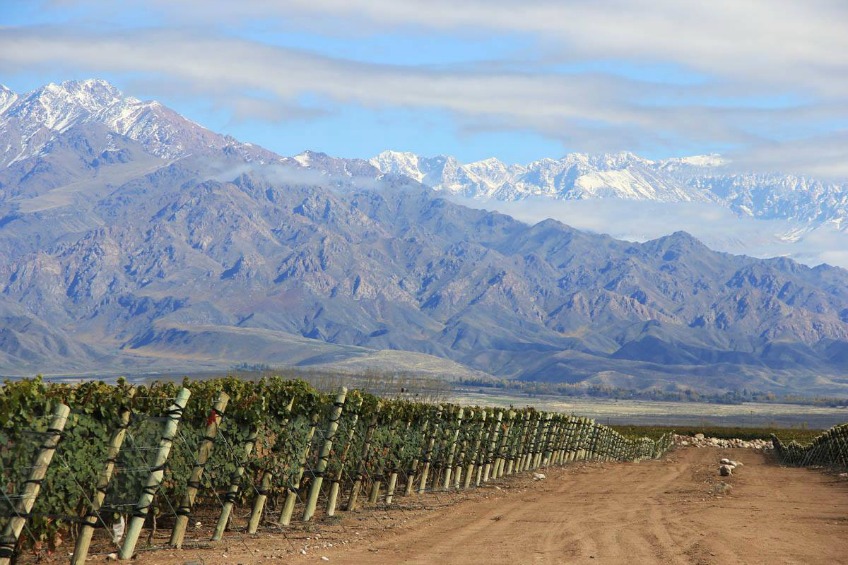 Our next stop is in the amazing South America, with the mighty Andes as a backdrop and over 300 days of sun a year is a wine lovers paradise and a winemakers dream. Uco Valley is the new high altitude wine region located 80km south of Mendoza city has attracted many foreign investors and is already showing off some of the best wine and amazing architecture. Don’t miss the cellar of Salentein and the futuristic O. Fournier, while Maipu and Lujan de Cuyo are two regions with a rich history of winemaking in Mendoza. Find boutique wineries still using original 100 year old vines and adobe buildings with concrete tanks still producing the family recipe. 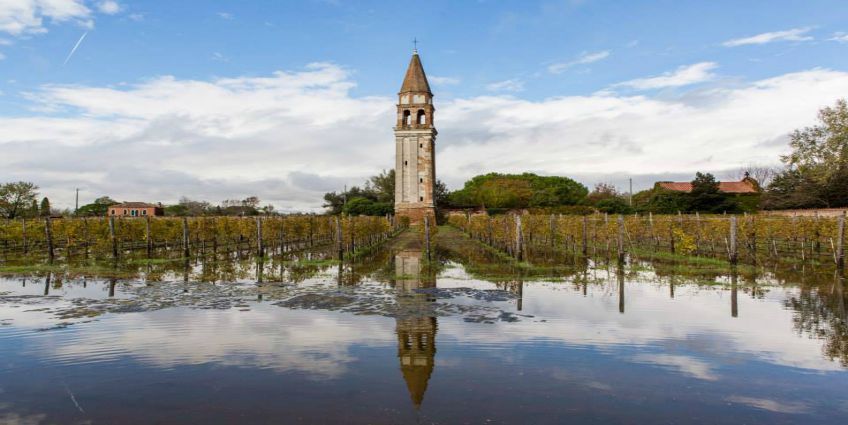 Veneto is mostly known for its prestigious Amarone della Valpolicella, the delicious Ripasso, the delicate Soave, and the famous sparkling Prosecco. But Veneto is not all about those famous wines. In fact there are intriguing vineyards in the splendid Venice! The typical grape planted in Venice is Dorona, known as the Golden Grape during the age of the Venetian Doges is an autochthonous grape variety that almost became extinct. Considering that Venice doesn’t have a wide territory to plant vineyards viticulture is really challenging and fascinating  there.

So next time you visit Venice, don’t stay at the gondola and discover this unexplored wine region. Don’t miss Venissa winery, home to a vineyard that has been overcoming the challenge of the high tide giving rise to a wine with unique characteristics. The vineyard is located on the island of Mazzorbo in the heart of the Lagoon Park where the soil make’s up only 8% of the surface area. It is a unique vineyard where the vine has found its magical equilibrium between the fertility of a soil well-suited to grape growing and the continuous threat of salt and water. 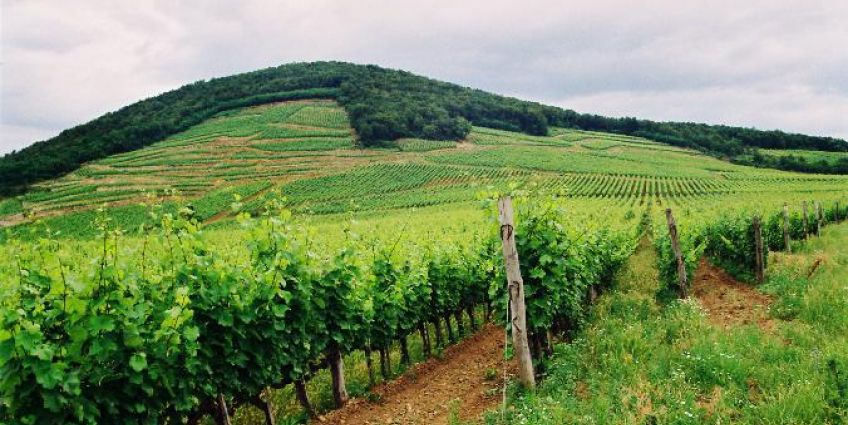 Hungary’s Tokaj is the world’s first demarcated wine region. The centrepiece in a wide array of local sweet wine styles, ranging from Late Harvest and Sweet Szamorodni to Eszencia, Aszú is a natural dessert wine made using an over 400 year-old method of macerating botrytis-affected berries in a base wine or base must to achieve a specific degree of sweetness. However, Tokaj is by no means any longer about dessert wines only.

After 40 years of oblivion behind the Iron Curtain, the Tokaj wine region has seen an unprecedented renaissance over the past two decades, which has not only brought more elegant style of Aszús (as opposed to its traditional oxidised style), but also a major upswing in the production of dry Tokaji wines. Single variety dry styles, primarily from Furmint grapes, are currently the key growth driver for many of the leading wineries. Today, a Tokaji can no longer be thought of as a match for foie gras or desserts only. Full Tokaji dry whites pair perfectly well with heavy dishes of red meat. Single-vineyard dry wines alone make a visit to this intriguing region worthwhile. 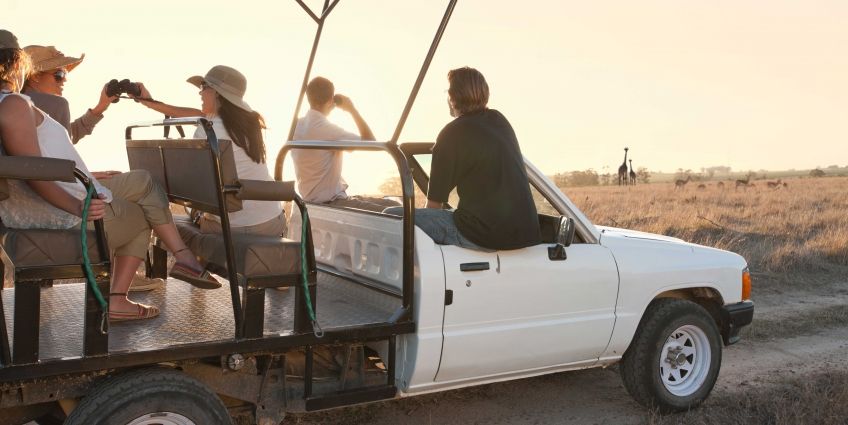 It may come as a surprise to some but there has been wine production in the South Africa Cape for over 350 years dating back to when the French Huguenot settlers brought vines for cultivation. The Mediterranean climate and ancient mountainous geography are more reminiscent of Europe than one expects of Africa.

The Franschhoek Wine Valley is today described as the country’s “Gourmet Capital”, with leading chefs represented in the top restaurants. Take a leisurely drive and within an hour your wine experience can be enhanced with coastal breaks including whale watching, wild game farms and one of the seven natural wonders of the World – in Cape Town’s Table Mountain. 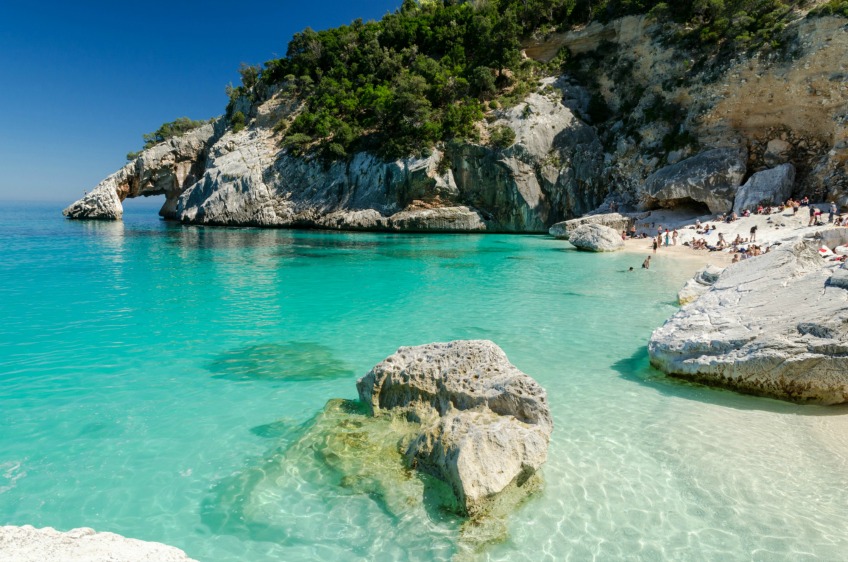 Sardinia is the second largest island of the Mediterranean and is located in the middle of the Mediterranean Sea. It still remains a very wild region with one of the smallest concentrations of people per square kilometre in Europe. It could be considered an exotic destination for a wine trip, even though it was demonstrated by recent studies that it is one of the oldest places in the world where the grape is cultivated.

Sardinia is renowned across the world for the beauty of its beaches and sea, wherever you go, in the most part of the coast, you will enjoy stunning views of white sand and clear water. Very often, on the back of those beautiful beaches, or nearby, there is a vineyard: the ideal mix for a wine holiday. 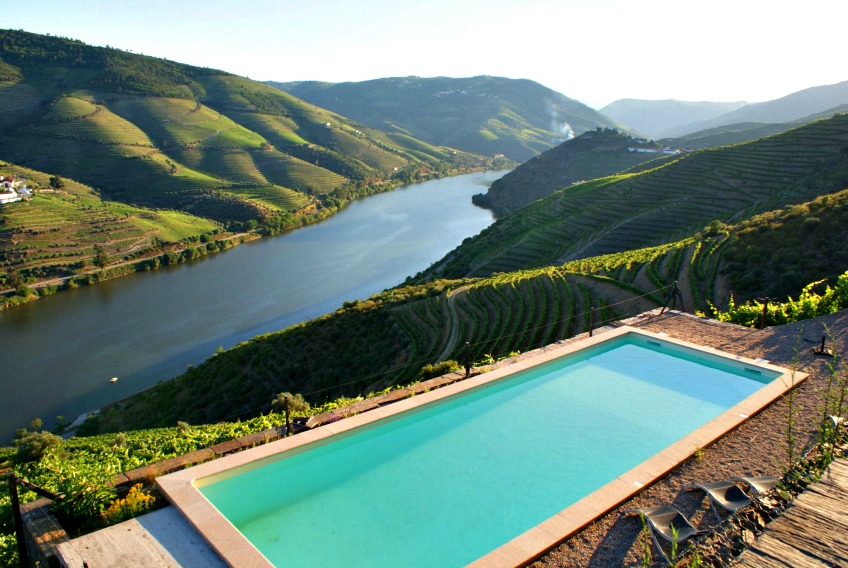 Douro Valley, birthplace of Port, is one of the oldest and most beautiful historic world wine regions. Wine has been made here for 2000 years!

The region is mountainous and the majority of vineyards are planted on terraces, many supported by ancient dry stone walls, creating striking landscapes. The soil of the Douro Valley is very stony and is made up of a flaky ochre-colored rock called schist. This soil is rich in nutrients but is free draining, obliging the vine to push its roots deep into the soil and down through cracks in the bedrock in search of water. The hot dry climate and the rocky soil mean that yields are very low and the grape juice extremely rich and concentrated. 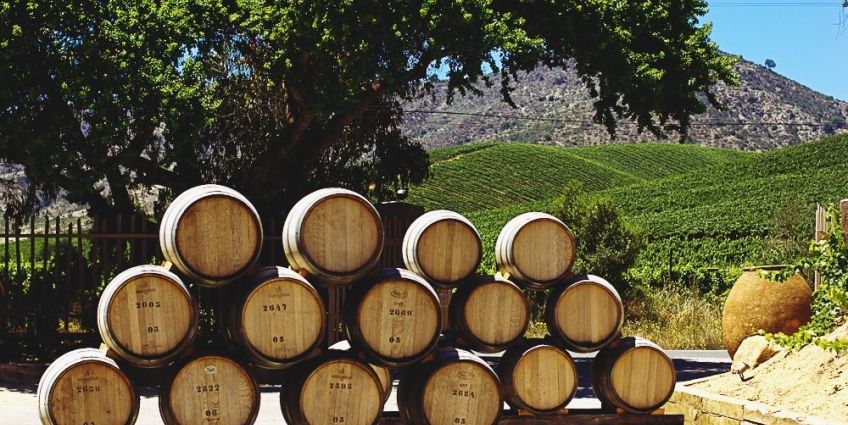 Casablanca Valley, situated on the coastal plain between Santiago and Valparaiso, is Chile’s fastest growing wine region. The Casablanca Valley is relatively new to the wine industry with wine production beginning as late as the mid-1980s. As a young valley of premium wines, Casablanca Valley boasts a large number of modern cellars with the highest winemaking technology, many of them boutiques wineries.

Despite it’s late start wine production in the Casablanca Valley has gained recognition in particular for the white wine production of splendid crisp Chardonnay and Sauvignon Blanc, but also for some stunning reds such as Pinot Noir, Merlot and Syrah.

If you are fond of wine tastings framed by spectacular nature backdrops, look no further, Casablanca’s vineyards are the perfect place, bordering the Pacific Ocean to the West and the Andes mountains to the East. 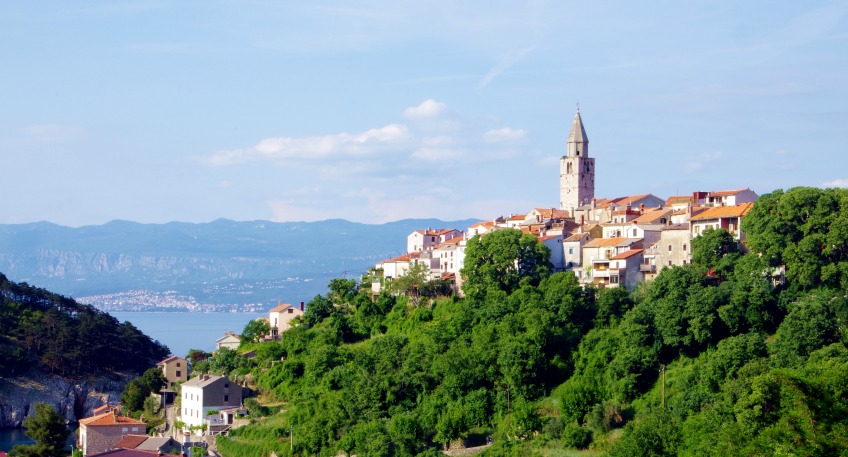 Istria is the biggest Croatian peninsula, with overwhelming diversity between its western, eastern and inner sides. Its hilltop towns, UNESCO sites in coastal areas, Roman amphitheatres and rustic villas, beaches, the National Park Brijuni, many artisan food and wine markets, create a paradise for gourmet, culture and nature lovers. It also boasts with distinctive wine varieties such white Malvasia, Muscat and ruby-red Teran. Istrian wine roads and wine makers feature as the most prominent in all of Croatia.