What is Blended Whisky?

When you start learning about whisky, a lot of terminology gets thrown at you. What makes this worse is that often there are different words for the same thing, or in this case – even worse – the same word for different things. With that, let’s take a look at what blended whisky means. 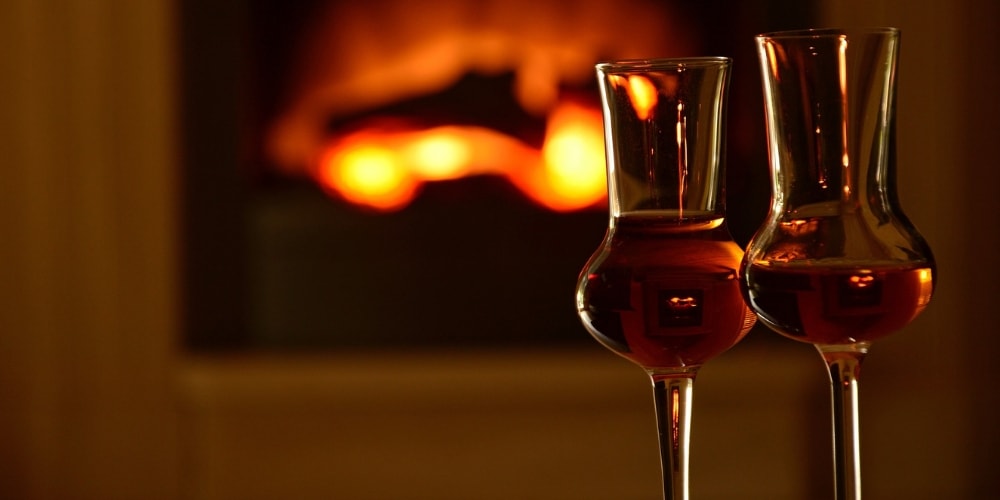 The most common product people are referring to when they talk about blended whisky is a bottle made up of one or more single malt whiskies from one or more distilleries which has been combined with one or more grain whiskies. However, confusingly they could also mean blended malt whisky which is a combination of more than one single malt but without the addition of grain whisky, or even blended grain whisky (although this is less common).

Blended Malt Whisky – malt whisky from more than one distillery;

Blended Grain Whisky – grain whisky from more than one distillery;

Blended Whisky – malt and grain whisky from one or more distilleries. 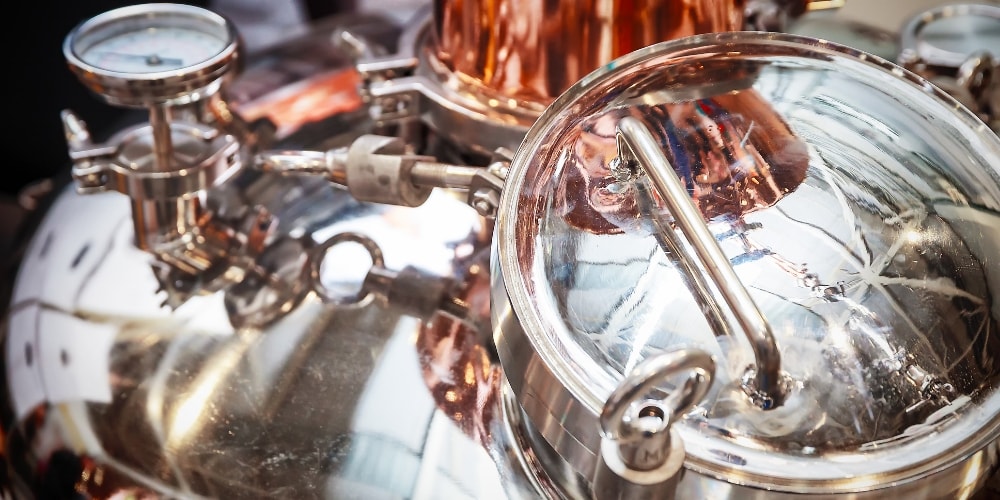 However, you will see that even in the single malt and single grain categories, the definition only provides that the bottle contains whisky from one distillery. This can therefore be distinguished from single cask whisky which is produced when a bottle contains only the contents of one cask from one distillery.  Confused?  Well the reason for this distinction is quite important.

If you’ve ever been on a distillery tour you may have heard an earnest tour guide talk about the elusive concept of ‘distillery character’.  This is effectively a flavour profile or style that the distiller tries to replicate in every batch.  Whilst making whisky is a science, there is also quite an art to it, and given the sheer number of variables in production and maturation, no two casks ever taste quite the same.

If a distillery is trying to gain an international reputation, they are going to need to embrace an element of consistency. If you buy a bottle of whisky one day, decide you like it and look for the same expression again a week later (no judgement), you might be a little disappointed if your second bottle tastes markedly different to the first.  One of the ways to overcome this problem is to blend the whisky to iron out any inconsistencies and produce the same character in every bottle. As a result, all whisky apart from single cask whisky is blended to some extent (although producers tend to say “rested”, “vatted” or “married”).

So why do producers do this? 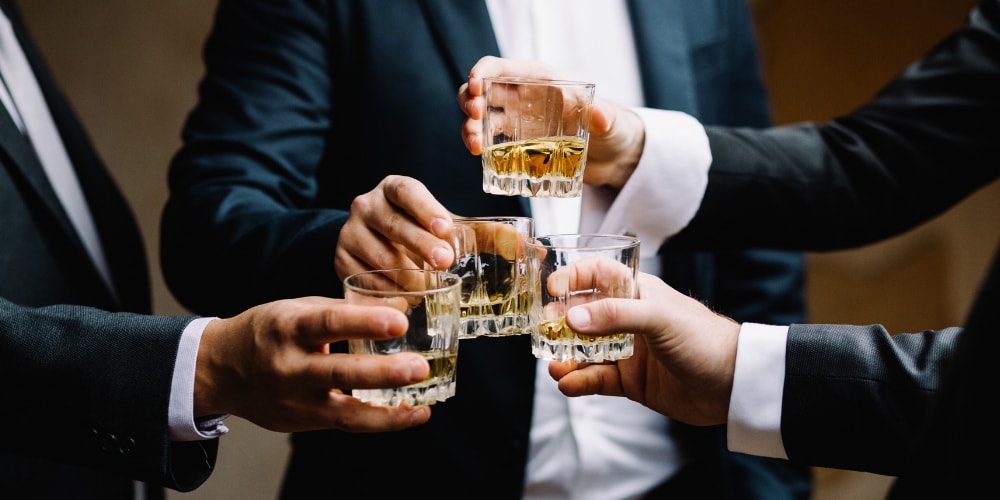 If you take the history of scotch whisky as a long story of individual distillers setting up secret stills in remote parts of the country, you would not be far wrong. In fact, many commentators attribute the evolution of single malts to the importance the whisky industry has placed on regions and terroir. In effect, there is an element of local pride in all of this. The people of the east side of Glen Livet believed their whisky was superior to those on the west side, and may well have considered whisky from further up the valley towards the Spey damn near undrinkable.

However, for those in the towns and villages without a handy illicit still, whisky was a more variable product. Supply was likely to be scarce – getting it out of the rural areas was risky and difficult, a much that did make it was, shall we say, an acquired taste? As a result, when whisky began to become popular a lot of it was blended for a number of reasons. First, and uncharitably, because a lot of the original single malt whisky was pretty rough, and certainly of variable quality. Before the widespread industrialisation of production, there was far more scope for human error, and variance in the product. Monday’s distillate might be fine, but on Tuesday a small mistake could have had a big impact on the resulting distillate. Whisky wasn’t aged for as long back then (19th century drinkers were impatient) so in order to iron out these discrepancies, producers took to blending whisky to produce a more consistent product.

The Famous Families of Blended Whisky 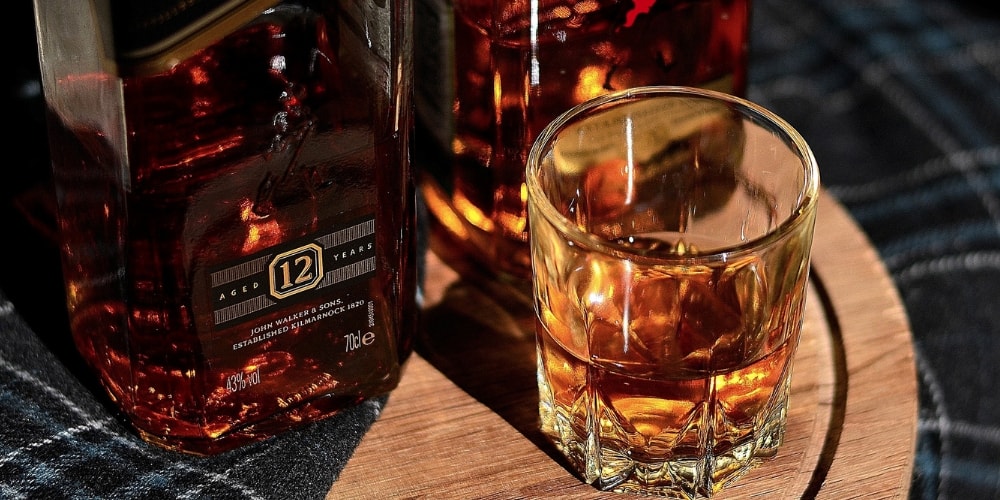 Meanwhile, back in the towns, grocers were selling whatever they could get their hands on.  Transport was expensive and so was glass.  So more often than not this meant whisky was dispensed from a cask behind the counter into whatever receptacle came to hand.  Once the barrel began to run dry, other whisky could be added.  Through this process many shopkeepers began to produce bespoke blends.  As trial and error gave way to a more scientific approach and they began to see repeat custom for particularly successful variations. 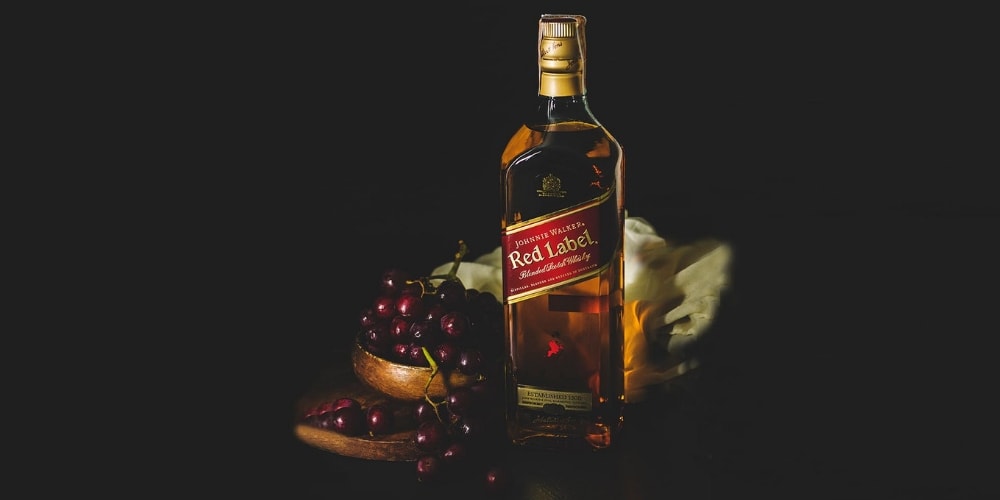 Enter the famous families of blended whisky – the vast majority of which were simply shopkeepers who turned out to be particularly adept at blending whisky. Of these, none is more famous than the Walkers of Kilmarnock. A dynasty started when John Walker inherited a grocery store in 1820 went on to become famous worldwide as one of the enduring brands of blended whisky.

In doing so, these blenders also helped shape the whisky industry to their requirements.  On the shop floor it was easy for the Walkers to see which combinations were popular with consumers.  As their reputation grew, they were able to start ordering specific styles from distilleries in order to replicate the most popular blends.  By the end of the 19th century, John’s son Alec (later Sir Alexander) was ordering whisky by style and distillery rather than by region or simply availability.  Alec was also the brains behind the square bottle (to reduce breakages), the slanted label, and the ingenious idea of appointing ships’ captains as the first ‘brand ambassadors.  ‘Walker’s Old Highland Whisky’ began to reach every part of the world that was accessible by sea. No wonder he was knighted. 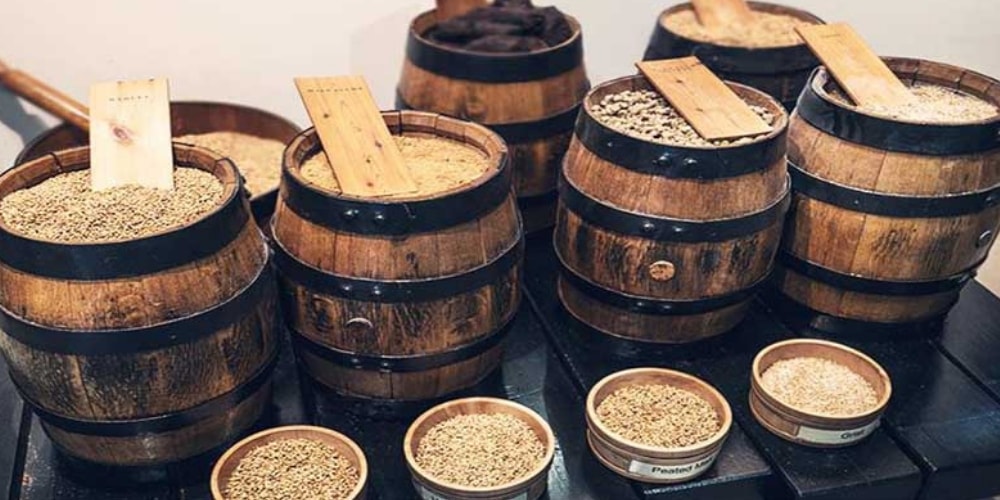 By now, however, production had improved and single malt whiskies were no longer as risky.  Consumers worldwide had began to like blended whisky though. They appreciated it’s ‘just right’ quality; never too sweet or too smoky, always satisfying and easy to mix with. This view continued for a long time until some brands decided they could market single malts as more premium (more on that here), but despite this, for a long-time blended whisky drove the reputation of Scotch, and still does.  And for that, one grocer from Kilmarnock has to take a lot of the credit.

Johnnie Walker Black Label, 40% ABV, around £26 for 70cl – As many as 40 whiskies aged 12 years or more produce a whisky which brings fruit cake in combination with a healthy dose of smoke.

White Walker by Johnnie Walker, 41.7% ABV, around £34 for 70cl – A new edition launched with a tie-in to Game of Thrones, it is heavy in caramelised sugar and vanilla with a hint of red berries and orchard fruits.

Are you interested in more captivating facts about whisky? Click here to find out what is peated whisky! Or maybe you want to see how the Three Drinkers do scotch! Click here to watch the series! And if you really want to try the adventure for yourself, why don’t you visit a distillery in Scotland with Winerist?