The World’s Most Haunted Distilleries

The spirits have us talking… Sorry, that one was too easy. We can’t help but fall for a great ghost story, and with an industry as old as liquor, there are plenty to go around. Here are five of the most compelling haunted distilleries we hope to visit one day.

With a history dating back to 1787, Kentucky’s Buffalo Trace Distillery has a resident ghost who just can’t seem to quit his job… even in the afterlife. Colonel Albert Blanton started as an office boy and worked his way up to president by the early 1900s. He died on the property in 1959, but his ghost remains to this day. He’s been known to pinch bottoms and leave unexplained footsteps in warehouses, scaring even the trained paranormal seekers who have made the pilgrimage to the bourbon distillery. 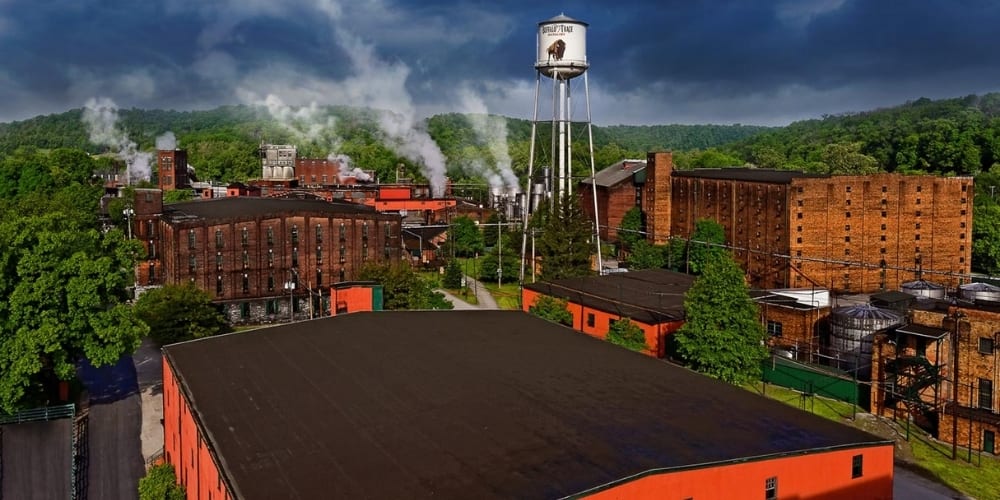 Ireland’s oldest licensed distillery, Kilbeggan is haunted, and it’s a family affair. A medium that visited the site reportedly communicated with Mattias McManus, the man who founded the distillery in 1757, and his son John McManus. Mattias was content with the current operation; John couldn’t let the past rest, expressing anger over his execution for breaking curfew in 1798. Talk about strict parents. 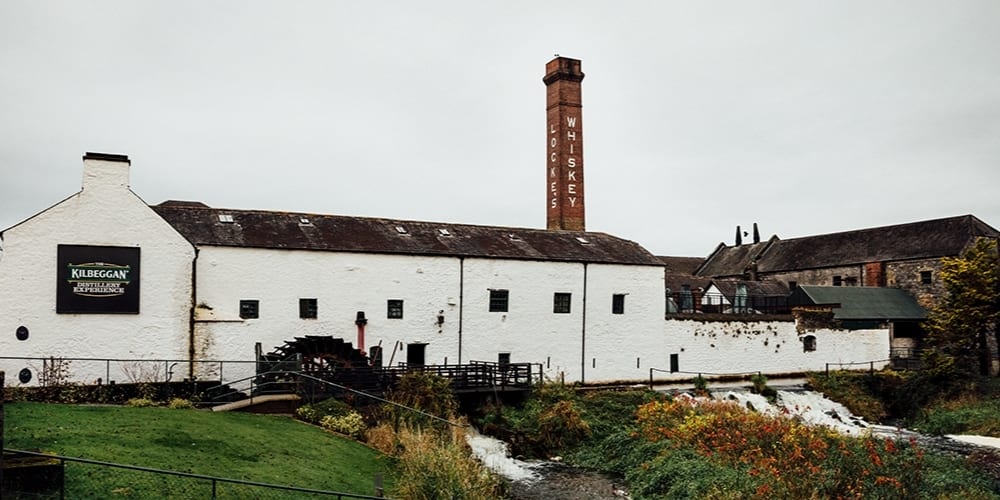 The Glenrothes distillery in Speyside, Scotland actually commits a “toast to the ghost” before each tasting, a tradition born from their reverence of Biawe ‘Byeway’ Makalaga. Byeway was rescued from famine-plagued Zimbabwe by the owner of the distillery. He was brought to Scotland and served as a pageboy, then butler, living a simple life there until his death in 1972. Several years later, Byeway returned via apparition to protest the installation of new whisky stills. A paranormal investigator was brought in to ‘speak’ with Byeway and settle the issue. His ghost hasn’t been seen since, but locals still “toast” to Byeway to ensure his absence. 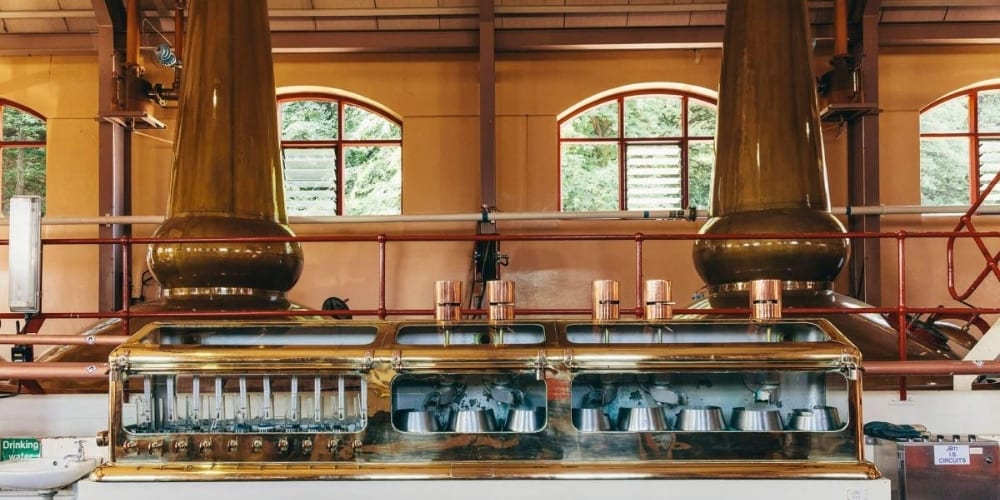 An abandoned prison turned into a distillery, this one basically writes itself. Southern Grace set up shop in North Carolina’s old Mount Pleasant prison, which ran as a work camp for up to 400 low-security inmates from 1929 until 2011. Long, narrow hallways with tiny cells line the building.

Tourists sip on whiskey tastings in the old segregation unit, and other cell blocks serve as the main working distillery. In the few years it’s been open, workers have reported strange occurrences like keys disappearing then reappearing in plain sight. Spooky noises ringing through the chambers. Phantom footsteps echoing through the halls. It’s a modern-day Alcatraz… that makes whiskey! 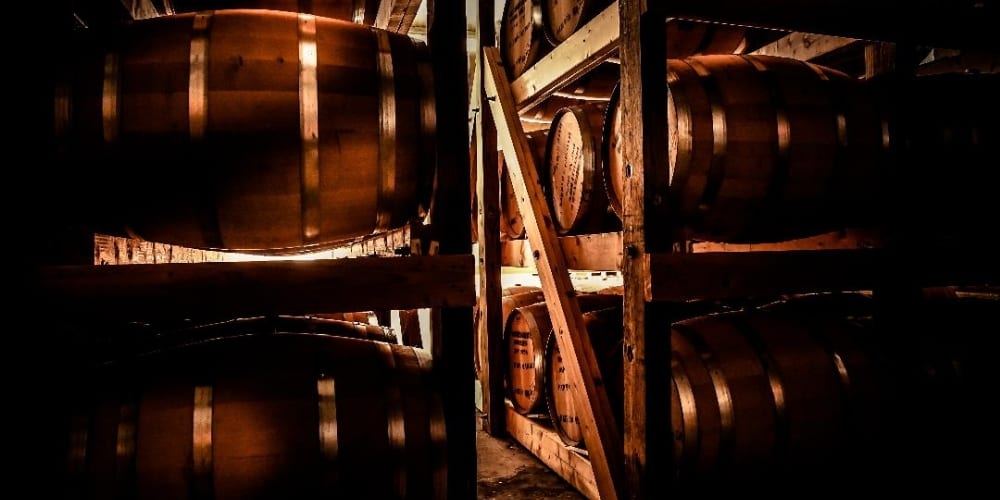 Our final entrant on the list was established because of a thirsty apparition who had a keen fondness for whisky. Legend has it that, in 1781, Laird Archibald Campbell outlawed distilling on the isle of Jura, Scotland. Thirty years later, he awoke in the dead of night to find a ghostly woman floating over him as he lay in bed, telling him off for the lack of whisky on the island. It scared him so badly, he not only reversed the ban, but he built a distillery to appease the ghost. After it eventually moved locations, rumor is a bottle of whisky was buried at the site of the original distillery to keep the woman’s thirst at bay. You can’t ever say Scots don’t take their drink deadly serious. 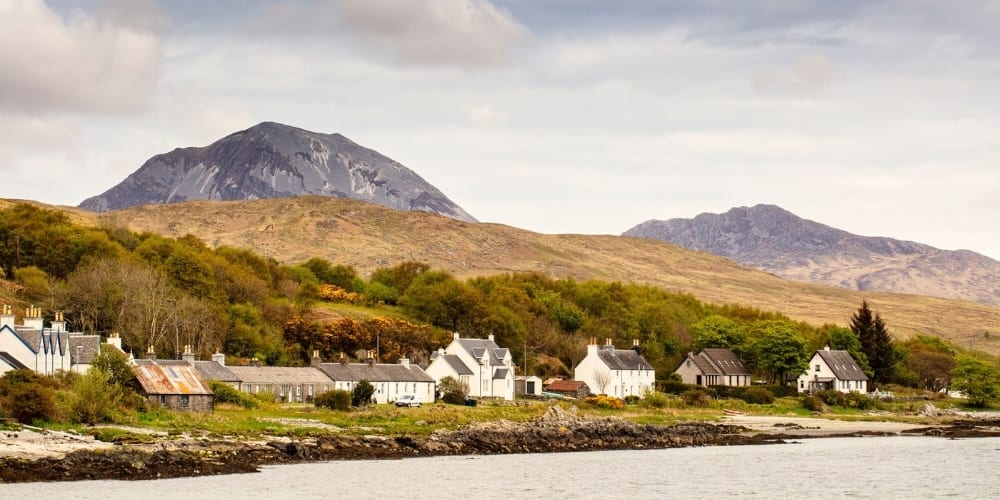