Is This the Best Hangover Cure Ever?

Beer fear: possibly the scariest first world problem ever. There’s nothing quite like that horrific mix of nausea and massive anxiety, often with suspect aromas and an empty wallet thrown in. We know this, yet so many of us continue to indulge in too much beer or wine on a fairly regular basis.

Protect Your Liver and Prevent a Hangover

As a seasoned sufferer of this appalling condition, I have often wondered what is the best medicine for a hangover or whether you can buy some sort of invisible protection shield. Quite clearly, the answer to this question is ‘DON’T DRINK AS MUCH, YOU MORON’, but, you know. Meh. I was duly intrigued when earlier this year the London Wine Fair, I came across a brand new product called Indulge: a pill that claims to “protect the day before, prevent a hangover the morning after.” Too good to be true, right? And isn’t this advocating drinking even more booze than normal? I had a chat with them and asked for some samples to give them a decent road test. 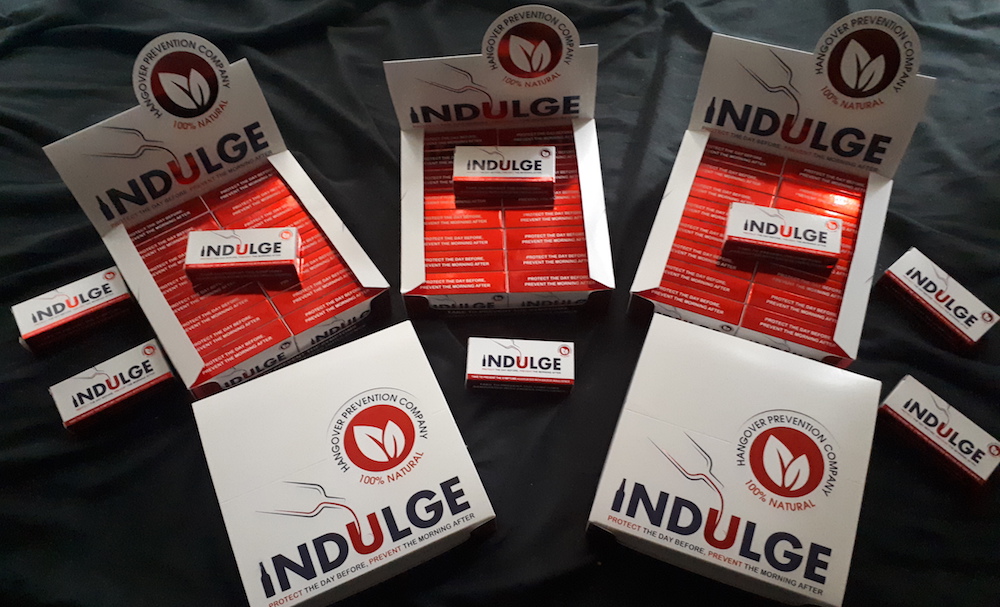 How does Indulge work?

Indulge is a pill that claims to be a 100% natural mix of antioxidants, vitamins and sugars that you take before drinking booze to protect the brain and liver, and afterwards, to revitalise and rebalance the body. I thought it might be a bit of a gimmick, to be honest, but the pills were there and I had a date with the Unicorn Squad later (an awesome group of school mums), so I decided to give them a go: two pills before going out and two with a pint of water when I got home. The pills themselves are quite large, but they’re chewy and crumbly: a bit like dry fruit cake. Not unpleasant. In the interest of science, I drank a tad more than I normally might – probably at least a bottle of wine over the course of the evening. Far too much of course and I certainly do not advocate this, but as I said, this was, erm, science.

The verdict. Is this a hangover cure that actually works?

Strange. Oh, so very strange. In the morning, I opened one eye slowly, then the other and sat up. There was the usual guilt about what I’d done to my body – but no headache. No nausea. It was a little unsettling if I’m totally honest. The effect was a bit of beer fear, yes, but without the hangover and crushing need to stuff your face with a cheeseburger – and they’re not claiming to calm your anxiety. The good news about that though is the lack of feeling physically terrible means you are not reminded every three seconds about drinking too much and so the fear disippates more quickly. This is total cod science on my part, but I’m simply trying to explain how it made me feel.

Just to make sure, I experimented with two whole packets over the course of a few weeks and the effect was the same every time. If it’s true that it works by protecting my liver and brain, then I am in! They feel a little pricey at £14.99 a pack (30 pills) but if you think what you’d give to not feel horrific next day, then £3 or less a go ain’t bad. So, would I recommend this as the best hangover cure I’ve ever tried? Well, everyone is different and bodies may respond differently to the pills – and who knows how much everyone else really drinks, but you know what? I would.

See more about Indulge and buy the pills at indulgesafely.com @HangoverIndulge (Twitter)

Interested in the health side of wine? Read our piece on Is Drinking a Bottle of Wine a Day Bad For You or the Best 6 Wine Beauty Products to explore. If you want to go and get yourself some wine therapy however, then meet our partner, Les Sources de Caudalie in Bordeaux!