Weird Things People Do With Wine

Discover the weirdest things people do with wine.

We love stories about weird and wonderful wine and spirits adventures. Here’s the lastest – all about weird things people have done with wine. We just think it’s testament to the power of great vino, to be honest! Enjoy… 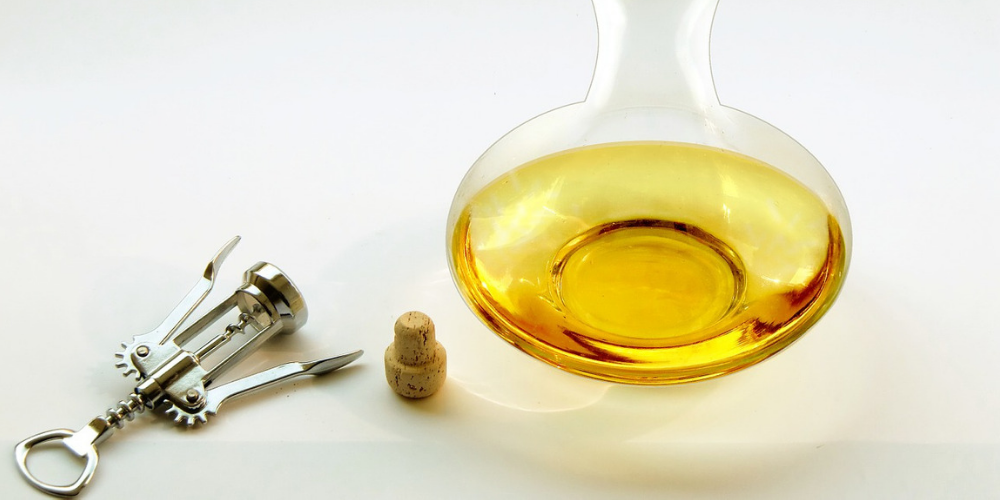 So here’s a slightly uncomfortable story from the US: Some guy goes to his local hospital, complaining of irritation when he pees. After examination, the doctor prescribes antibiotics, thinking not too much of it. When the man comes back again a couple of weeks later and then again a few more times after that, the doctor gets suspicious. She tells him in no uncertain terms that she needs to know what’s happening or else she can’t help him any more. Sheepishly, he tells her the story:

The poor guy had been paid by some very wealthy people to become a ‘human decanter’ – some, slightly twisted, form of ‘luxury entertainment, apparently. He has to drain his own bladder with a catheter inserted into his penis as he walked around the room. Unsurprisingly, after doing this several times, he was a little bit sore.

There are no words. Thank you, Sypped for the story! 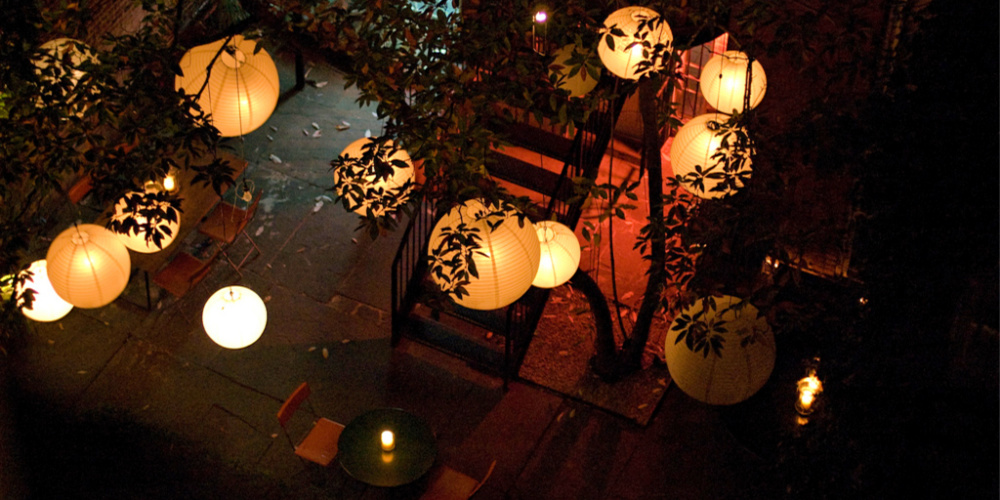 In the summer of 2007, around the magical hour of midnight, a pleasant patio dinner party was just winding down when things took a sudden turn for the terrifying.

The owner of the Washington D.C. home had just gone for a night walk with his dog, leaving his six guests to enjoy a bottle of wine after-dinner. Unfortunately, he also left the back gate open. An uninvited stranger entered, approached the unsuspecting group, and took the youngest member hostage.

“Give me your money,” he said, holding his gun to the head of the 14-year-old girl. “Or I’ll start shooting.”

The other guests (including the girl’s parents) were frozen in shock, unable to process the dire situation. Until one of the women broke the tension: “We were just finishing dinner. Why don’t you have a glass of wine with us?”

Miraculously, it worked. The armed would-be robber accepted the glass that was poured for him. And a second, and a third, and somehow – strangely enough – changed his original request from money to hugs.

The dinner party guests were more than happy to comply, and after each one had “paid,” the robber wandered off with one last glass of the red Bordeaux in hand. The group waited til he was gone before calling the police, but by the time they arrived he was nowhere to be found. Story from the Seattle times. 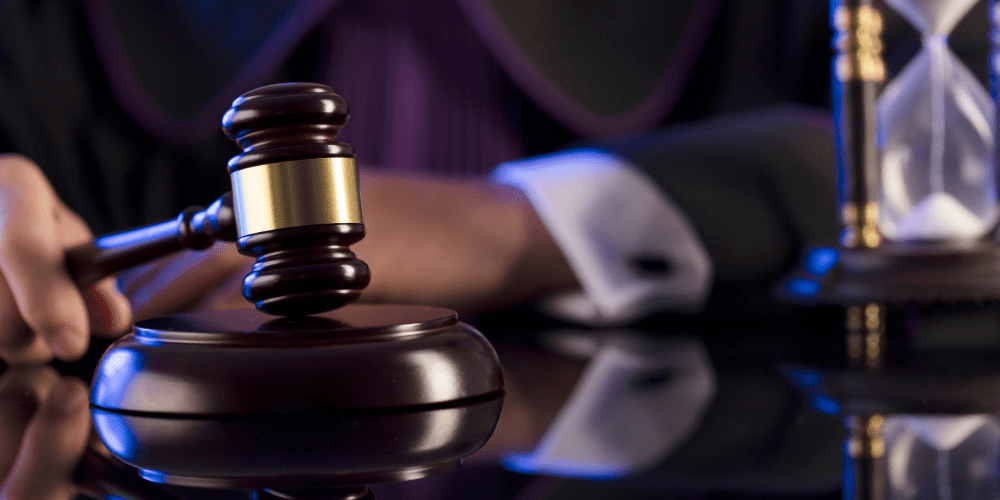 We read about this one in Reuters: Also in 2007, a woman from Lake Jackson, Texas, was brought to trial for the suspected homicide of her husband back in 2004. The murder weapon? Sherry. Via enema.

That’s right: he literally died from a “sherry butt.” And there are so many things wrong with that, we don’t even know where to begin. Understandably, neither did the prosecutors.

Apparently the man, one M. Warner, had a severe alcohol issue to begin with. Troubles with his throat made him unable to consume his favorite beverages the normal way, leaving him dependent on the enema, the use of which required the assistance of his wife. The event that led to Warner’s death was supposedly not the first time they had collaborated in this manner.

While Mrs. Warner claimed innocence to the charges of negligent homicide, it must have been difficult to explain why her husband’s blood alcohol content was 0.47, over six times the legal limit in Texas.

“I really wrestled with the consent issue and negligence issue,” said Brazoria County District Attorney Jeri Yenne on the case. “I didn’t think it rose to the level of negligent homicide.”

The trial closed with the verdict that Mrs. Warner was innocent, thanks to lack of evidence, and all charges were dropped.

Banned Bones and Other Ought-To-Be Illegals

The world of wine is one full of nuances, traditions, and surprises. Anything can affect the worth of a given bottle: place of origin, vintage, production method, general associations. A bottle of wine can reach exorbitant prices, from hundreds to thousands, to tens of thousands, of whatever currency you prefer to work with. For many winemakers, the only hope of marketing your wine at such prices is to make it seem really, really special. Enter novelty wines.

One of the top weirdest things people do with wine, therefore, is make it. Even weirder – sometimes people actually drink this stuff.

Maybe it makes sense when there are supposed health benefits. This Chinese reptile-rice wine is brewed with whole lizards in every bottle (the Vietnamese version uses snakes), and is advertised as a cure-all for anything from ulcers to arthritis.

But there are limits to what you should and should not put in a drink, and how much you should profit from questionable hearsay. Case in point: tiger bone wine, made by steeping tiger carcasses with the wine, said to give the drinker renewed strength. It’s illegal, but still popular on the black market, we’re sorry to say.

But the most unbelievable? Ttongsul- Korean rice wine made with human faeces, of all things. And all we can say is, “No thanks.”

Please and “Tank” You 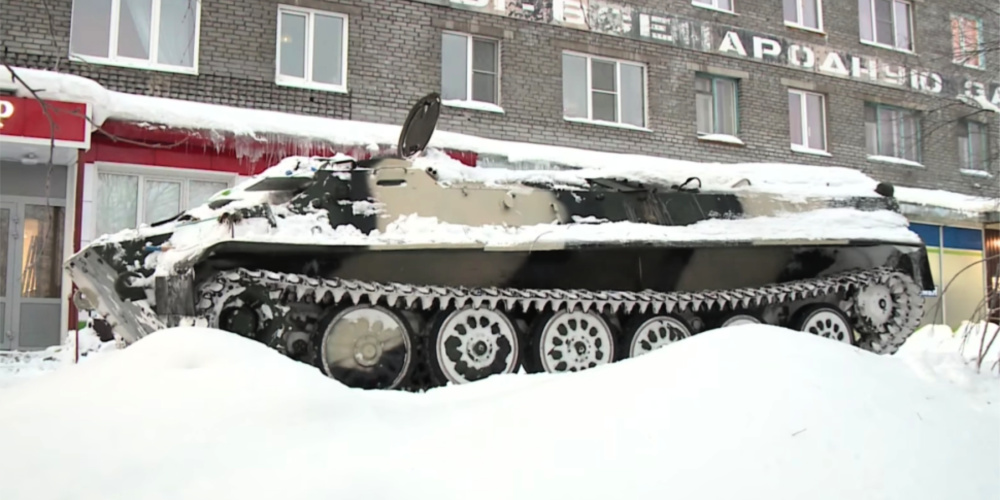 As a bonus, here’s a real eyebrow-raiser that was done for wine (and probably because of wine), rather than with it.

On the morning of January 10th, 2018, one northern Russian man apparently wanted the New Year’s celebrations to last all month. Finding his stock of alcohol running dangerously low (and himself dangerously close to sobriety), he set out on a quest for more.

Unfortunately, he set out too early for any stores to be open. Far too early, in fact, and so he took matters into his own hands and opened the entire side of a store himself.

With a stolen tank.

He acquired the armored personnel carrier from a nearby motorsport training ground, drove it through a forest, over someone’s car, and into the store. Witnesses reported that he seemed to already be drunk when he climbed out of the tank, entered the store, and came out with the target of his heist: exactly one bottle of wine.

Want some more weird and wonderful stories? Here are some pieces on the world’s weirdest whiskies, haunted distilleries and haunted wineries. Enjoy!