On Friday, 22nd of March 2019 we had a unique opportunity to come and support British ‘Young’ Talent at the Chaîne des Rôtisseurs dinner hosted at the iconic Dorchester Hotel.

The Chaîne des Rôtisseurs, takes its role very seriously in encouraging young talent and as seen from the ceremony this month, it addresses both wine and food industry professionals in an attempt to raise standards and encourage new talent to this constantly changing field.

Who won the Young Chef of the Year award? 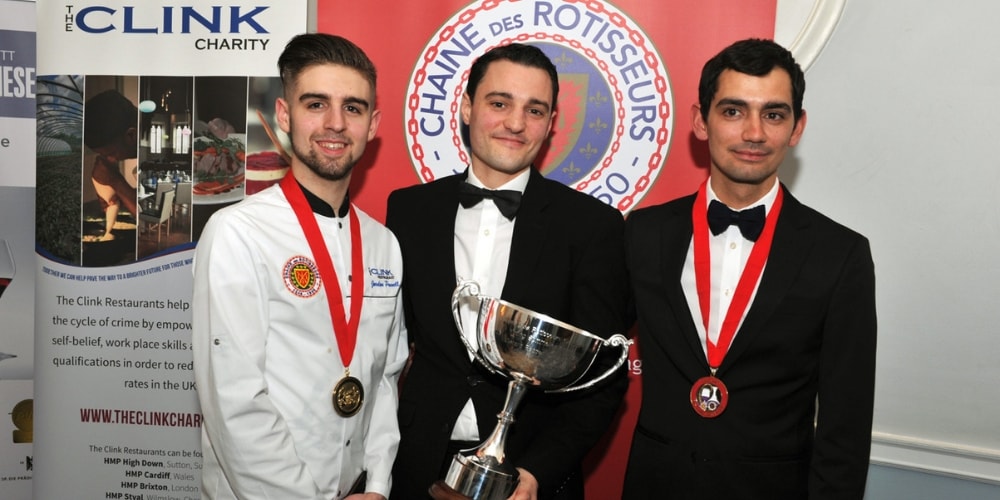 Judges this year included Steven Spurrier and Christelle Guibert, Isa Bal MS, Nigel Wilkinson MS, Stefan Neumann and Philip Evins, bailli délégué for the Chaîne des Rôtisseurs. All winners receive Champagne sabres from Gaggenau and Schott Zweisel glassware and sparkling wine from Nyetimber. The winner was also awarded a commemorative plate from Royal Crown Derby – and an all-expenses paid place at the International Young Sommelier Finals in Seoul, South Korea, together with mentoring by key members of the Court of Master Sommeliers UK.

Interview with the Young Sommelier of the Year 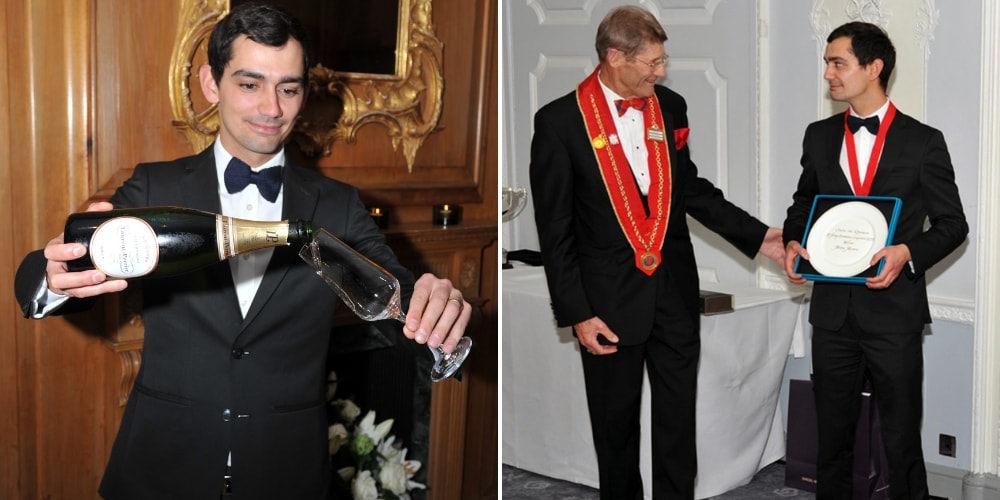 We were given the opportunity to interview Matteo briefly who told us about his journey over the past six years. He moved to London to work at The Shard, then joined The Ritz and Loccanda Locatelli before finding his home at The London EDITION Hotel in Fitzrovia. Matteo thanked the competition for the opportunity and the team at EDITION, for the incredible support in this journey.

This year was made extra special by the presentation of the inaugural Gerard Basset Tasting Trophy to the best Young Sommelier in the Blind Tasting and Food Matching section of the competition. The award was given to Paul Flavel, by Nina Basset, Gerard’s wife. The winner was both touched by the honour of being the first finalist to receive the award as well as the comments from the judges who commented ‘he was one of the best blind tasters they have seen in a long time’.

Wine and food pairing at the Dorchester 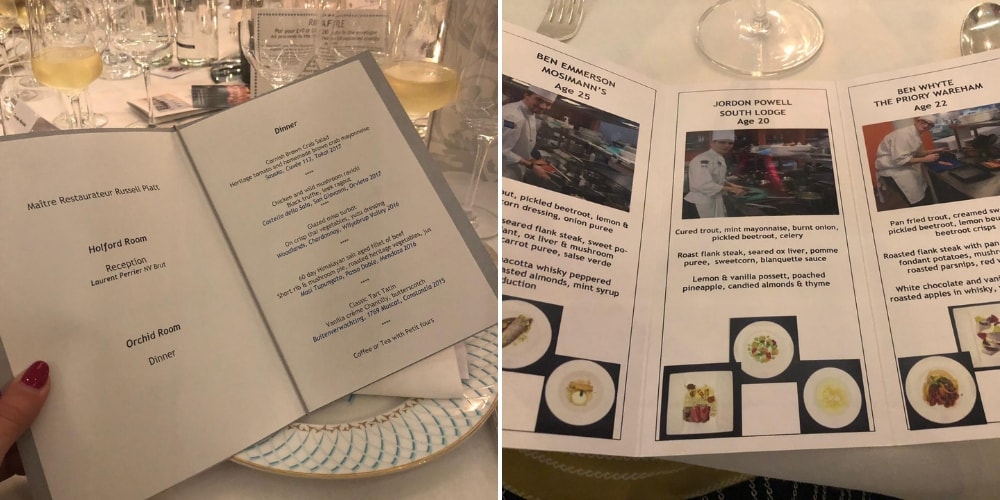 As you can suspect, the menu did not disappoint and dinner was an exquisite feast, with wines and food to match this elegant and detail oriented occasion. The evening started with a glass of Laurent Perrier NV Brut in the Holford Room at The Dorchester. It was very difficult to pick a favourite dish or wine from the menu, although the two dishes of Chicken and Wild Mushroom Risotto with Black Truffle (especially as it was paired with Castello della Salla, San Giovanni, Orvieto 2017 from Antinori) and the Glazed Miso Turbot stood out. We also enjoyed the Buitenverwachtung, Constantia Muscat, 2015 for its abundance of quince and suitability for pretty much any rich, luscious, dessert.

Best of luck to all the winners in their journey and we salute the incredible work that the Châine des Rôttisseurs continue to do for the food and wine industry.