Reflections on the 2017 Wine Fires and how they have affected Napa, Spain and Portugal

This year has not been an easy one for winemakers. In October, devastating fires affected regions of Spain and Portugal, and the tragic California wildfires raged through Sonoma, Mendocino and the Napa Valley. Thanks to the incredible efforts of first responders, volunteers and community leaders, the fires have now been contained, but their destructive impact will be felt for many years to come. As the wineries in the afflicted areas return to business this week, we take a moment to reflect on how these devastating fires will affect the wine industry over the coming year. 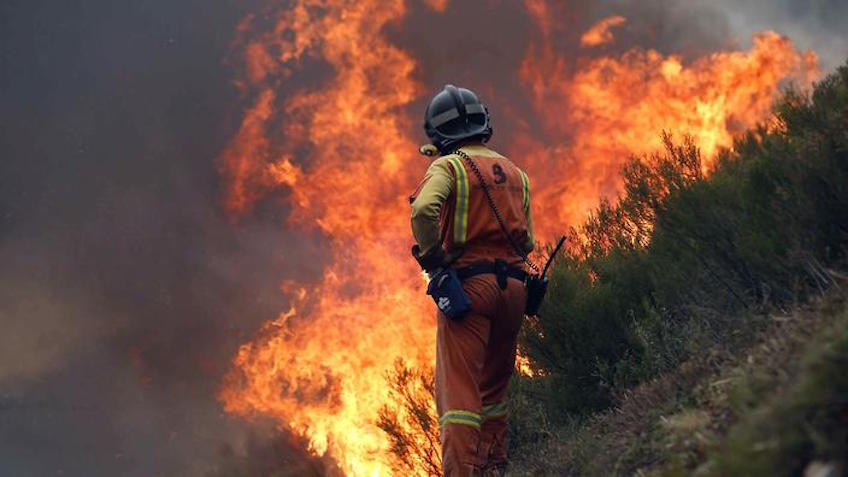 In Spain and Portugal the fires seriously affected vineyards in Galicia and Asturias, and tragically claimed more than thirty lives, including family members of winery employees. Initial reports show that over 90% of the agricultural land in As Neves has been burnt, and up to 20% of the affected land is vineyards.

The fires are believed to have been started by arsonists, with the unseasonably hot weather, gusts of strong wind from Hurricane Ophelia and the dry land all contributing to the rapid spread of the blaze. The fires began in urban areas in Galicia and in the forests of Asturias, but the region that suffered the most damage was Rías Baixas, renowned for the Albariño grape, an indigenous variety that produces some of the world’s most well-loved white wines. Here, the fires have destroyed vines of leading producers, including Grupo Vinicola Bodegas Marques de Vargas and Señorío de Rubiós, who report that vines and machinery have been damaged, but thankfully the winery itself has not been affected.

Many producers in the Daõ region in Portugal were also affected, including local organic producers Casa de Mouraz, who lost vineyards, their home and a warehouse holding one hundred pallets of wine in the devastating path of the fire. Some of the vines which were damaged by these fires will never recover, but as the fires occurred after the end of the harvest, sales of the 2017 vintage will go some way to allowing these resilient winemakers to rebuild what they have lost. 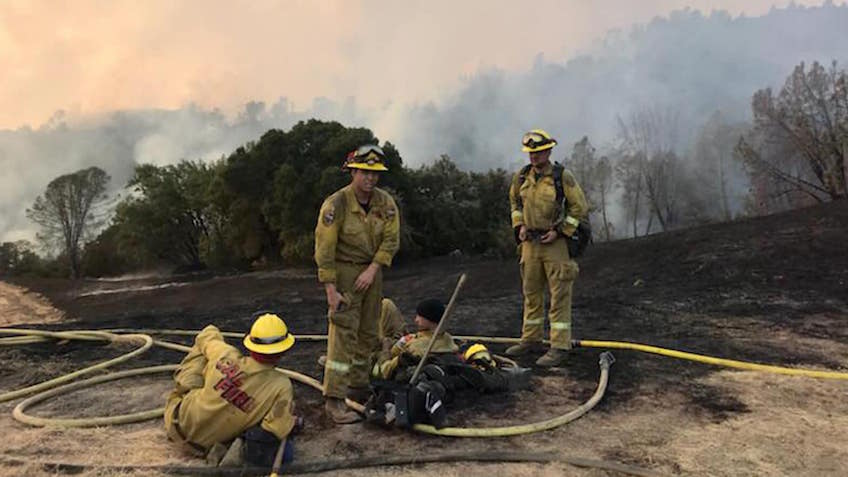 This spirit of strength and resilience is also shining through in the Napa Valley, where the California wildfires posed a similar threat to vineyards and wineries. The devastating fires, which tragically killed over forty people, burned predominantly in the forested hillsides and left the floor of the valley relatively unscathed – considerably reducing the impact on the area’s wine production. In fact, it is estimated that less than 15% of the local wineries will be directly damaged by the blaze. As in Spain and Portugal, over 90% of the harvest was completed before the wildfires began, and many of the remaining grapes were able to be harvested once the fires were contained, although it is unclear what effects the smoke may have had on this remaining crop.

Overall, fewer than ten of the approximately 1200 wineries in the most badly affected areas – Napa, Sonoma and Mendocino – have been destroyed or critically damaged, although almost six thousand structures, including the homes and property of many winery owners and employees, were destroyed by the fires in these areas. That the damage is not more widespread is positive news for the wine industry as a whole, as California accounts for 85% of US wine production, with Napa, Sonoma and Mendocino accounting for a huge 12% of this figure. 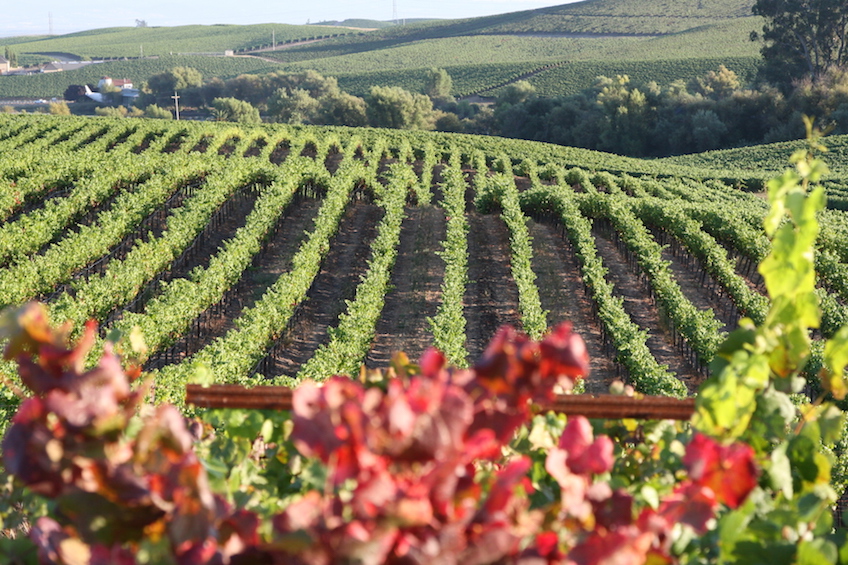 It is impossible to predict how these devastating fires will affect the industry over the next few months and years. However, it is hugely encouraging to see wineries in the Napa Valley open for business this week, ready to open their doors once again. For those affected by the California wildfires it seems that the biggest challenge has been the forced closure of wineries and vineyards in the middle of the busy tourist season. Now that the region is reopening for business, many wineries are urging tourists planning to visit not to cancel their trips. Continued patronage of these amazing vineyards is essential, now more than ever, for their ongoing survival. The potential damage to the grapes exposed to the smoke is also a concern, but Vintners are largely optimistic about the quality of the 2017 vintage, and are committed to inspecting and testing all of the affected grapes in order to continue to produce excellent quality wine.

In Spain and Portugal, where the uncontrollable fires did far more damage to vineyards and storehouses, the 2017 vintage will be a very important one indeed. Wineries which have been badly damaged will channel profits from this years vintage into repairing, rebuilding and replanting. Even for those wineries which were not affected by the fires, this year has been an especially challenging one for winemakers in the major European wine countries. Thanks to bad weather, frost, rot, hail and a very hot and dry summer, this year’s harvest is set to be the smallest for fifty years.

So, with all this turmoil, will there be a shortage of wine, or a dramatic increase in price over the coming years? Thankfully, the answer to this question seems to be ‘no’. As Per Karlsson, Co-founder of BK Wine, explained in an article for BK Wine Magazine, there are large stocks of wine which can be tapped to meet any shortfall, so this year’s shortage is unlikely to affect prices or availability. However, as Karlsson went on to note, ‘some wine producers will have less than half of normal production, sometimes as little as 10% or 20% of what’s normal. There is a very definite risk that some may end up in financial difficulties and that they may, in the worst case scenario, be forced to close the business or to sell. […] One conclusion may be that if you want to enjoy a wide variety of exciting wines, then you should buy from the small producers, those who really need you as a customer in order to continue making good wines.’ 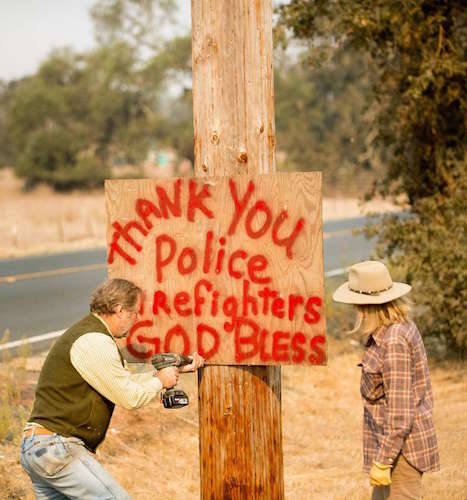 Image: Noah Berger, Special To The Chronicle, via sfgate.com

Despite the devastation which has occurred, the outlook seems to be positive, hopeful and resilient. For wine-lovers, the message is clear: support the wineries you love by buying and enjoying their wine, visiting their vineyards, and being a part of their future as they continue to rebuild, to regroup and to grow.

For those wishing to help with relief and recovery efforts, the Napa Valley Community Disaster Relief Fund and the Spanish and Portugese Red Cross are accepting donations.