In 2015, I have had the opportunity to spend 10 months filming at four vineyards in Catalunya, as an extension of catalunyawine.com, documenting what it takes for them to make and market their wines locally and internationally. One of my favourite parts of filming for the project (details at grapesofcatalunya.com) is definitely harvest. This year, due to the weather, harvest in many parts of Catalunya came a little bit early.

This is the case at Cooperativa Garriguella, located in the northern part of Catalunya, a mere 20 minutes to the French border, and part of the well known Costa Brava coastal region.Their harvest began with Muscat and Macabeu, which will become part of several of their entry level wines, including their box wines, and traditional bodegas style products that are filled up by customers in their own jugs to take away. 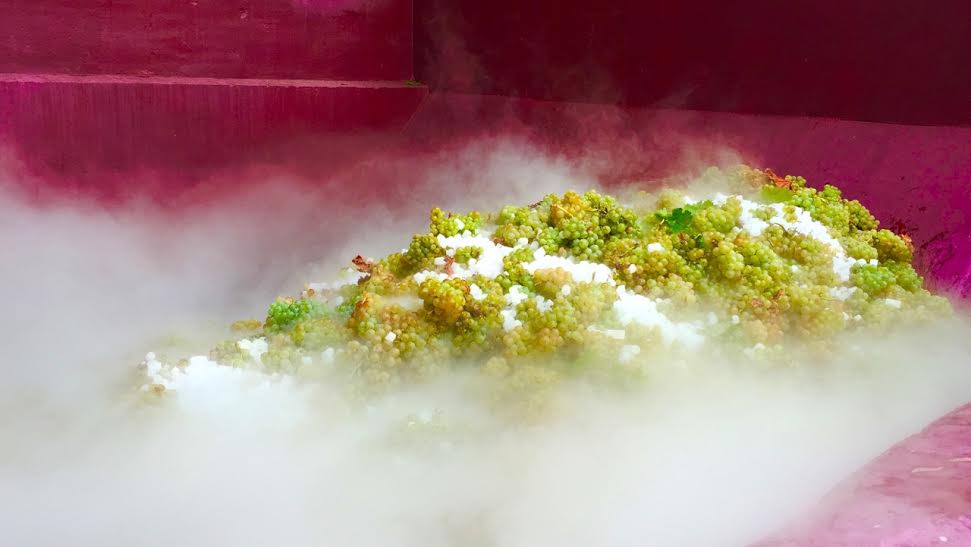 What is particularly unique about Cooperativa Garriguella is they operate in the traditional cooperative style. 90 members bring their grapes to the coop facility, where depending on the varietal and its vineyard location, will become one of their many lines of wines. Natalia Duran, the winemaker at the coop, has added several exclusive wines exhibiting the native characteristics of the terroir and the varietals, showcasing the best the region has to offer.

The board of directors of the cooperative have been thrilled with the results of Duran, with many of their wines receiving top scores from several guides, including their Dinarells white that received a 90 from the Catalan wine guide. It retails for under €4 in Catalunya.

It’s quite a special experience to see such a vast group of people come together for a common purpose. Fellow members help each other with the harvest from their vineyards, members assist the staff at the winery with various functions necessary for the production of the wine, and enjoy the camaraderie at the restaurant run by the cooperative at the winery.

And what about this year’s harvest? Sure everyone every year always says the current year looks like a great vintage, but Duran thinks the combination of the heat and the lack of rain for a significant portion of 2015 here in Catalunya means there could be more concentrated and intense flavours from grapes who have had to suffer a little more than normal. It was due to these factors which led to their decision to begin harvest a few weeks earlier than normal.

It was a fun experience getting my hands dirty and seeing the ins and outs of how Cooperativa Garriguella carries out their vinification process. Unlike the other wineries I’m following for the Grapes of Catalunya documentary, Cooperativa Garriguella is a large producer of wine for the local market, and has a growing export clientele, along with strong sales to local shops and restaurants led by their commercial manager Astrid Caritg. As such, some of their fermentation tanks are almost as tall as grain elevators in the United States. 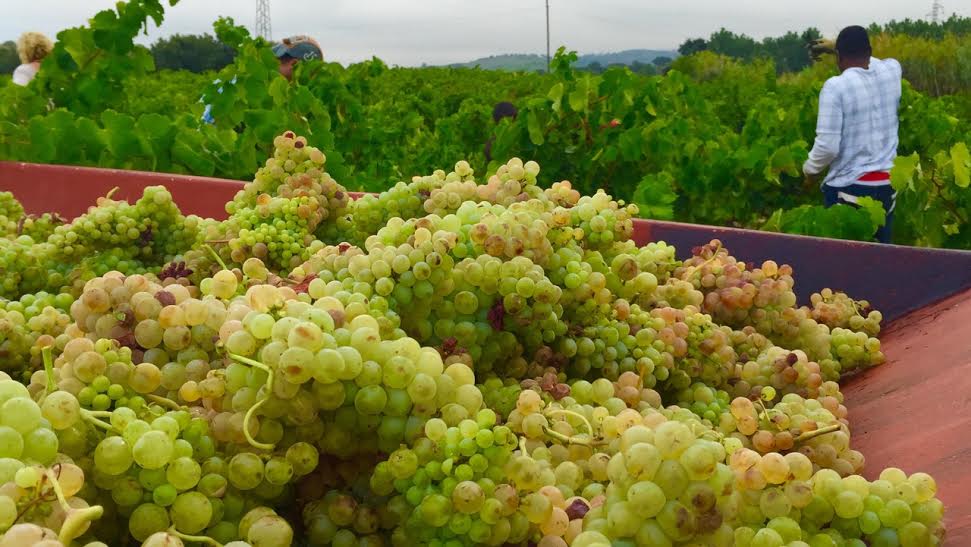 The cooperative uses a variety of means for fermentation and ageing, from fermentation in steel or the traditional concrete tanks, to ageing in steel, oak, or concrete depending on the wine and the grape varietal. It makes for a very interesting tour to see how they decide which variety becomes part of which wine. This changes from year to year, due to the ever-changing variables which go into the winemaking process!

Harvest is probably one of the best times to visit a winery, as you get to see the entire process. Be sure to check out the tour guides and the tours available through Winerist to see where you can spend time during the harvest in Catalunya!

See the harvest throught the eyes of Catalunya Wine: