Beautiful Photos of Vineyards from around the World

The land where grapes are grown, where wine is created, is magical. The rows of grapes ripening on the vine creates a sort of serene simplicity. So, sit back and drink in the coming together of two wondrous art forms – wine-making and photography.

From the Old World vineyards of Europe like Spain, Italy and France, to the New World areas of Argentina, Chile, Australia, New Zealand, Mexico, South Africa, Canada and the USA, the wine landscapes of the world are a joy to look at.

Have a browse of these; some of the most beautiful vineyards on the planet, and whet your appetite for an idyllic vineyard holiday. 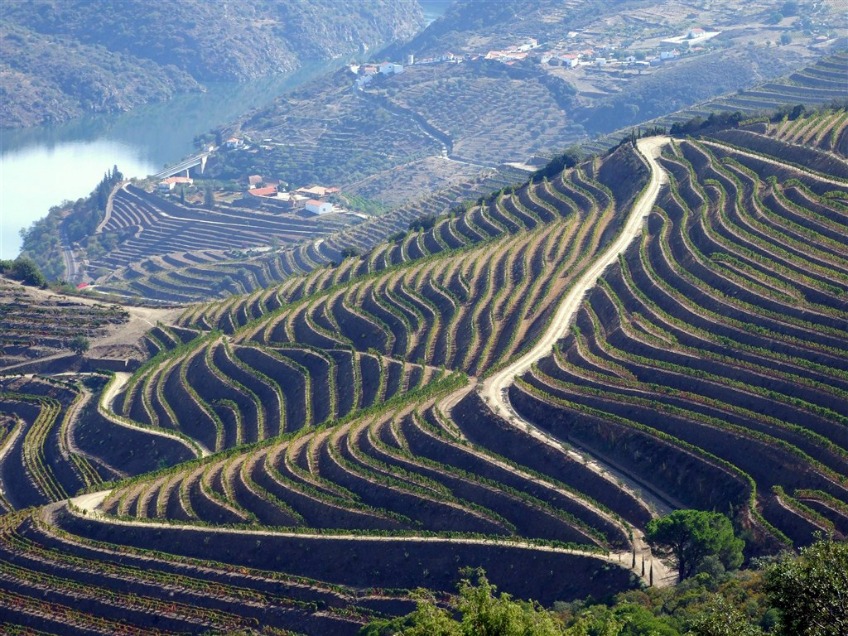 The landscape of the Alto Douro is made up of terraces full of vines, beautifully restructuring the surface of the mountains. Declared a World Heritage Site in 2001, the vineyards of the Douro are uniquely moulded by human hand, who took advantage of a barren land and, using traditional methods, transformed it into a fruitful landscape.

The vines of Douro show his deep connection to the ancient wine culture by creating a relationship where man and nature work together, in a search of the perfect wine. 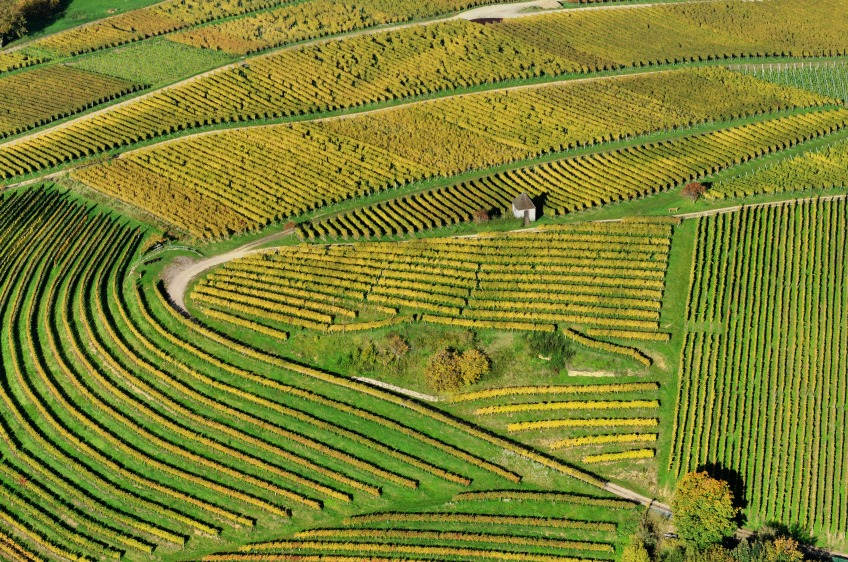 In the southwest of Germany you can find Markgräflerland, a region known as ‘the Tuscany of Germany’, due in part to its climate, but also because of the views of their vineyards.

Their vines are home to Gutedel, one of the world’s oldest grape varieties (also known as Chasselas), together with Pinots. In this unassuming land, full of surprises, there is also some great gastronomy, with various Michelin-starred restaurants around the wineries. 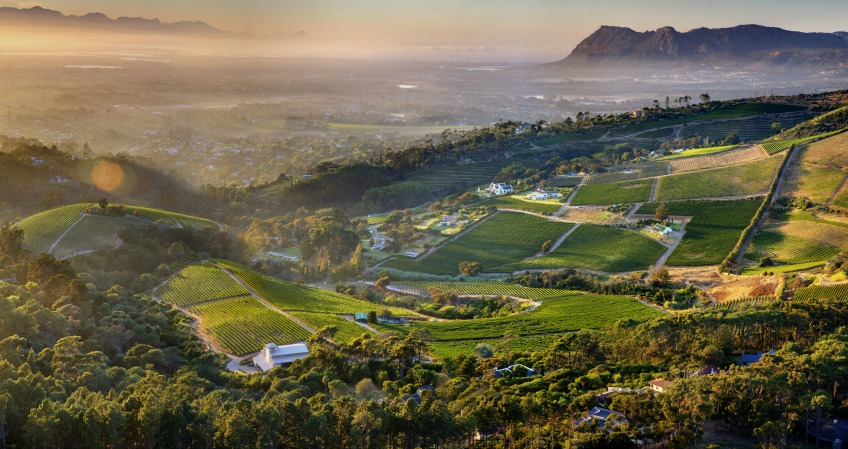 Constantia, one of the oldest suburbs of Cape Town in South Africa, attracts thousands of tourists a year due to the beautiful landscape full of vineyards, the centuries old wineries located around the wine route, the fine restaurants and the luxurious boutique hotels.

This region is a relaxing escape from the city, where winelovers can go to sip and soak up the beautiful surroundings. 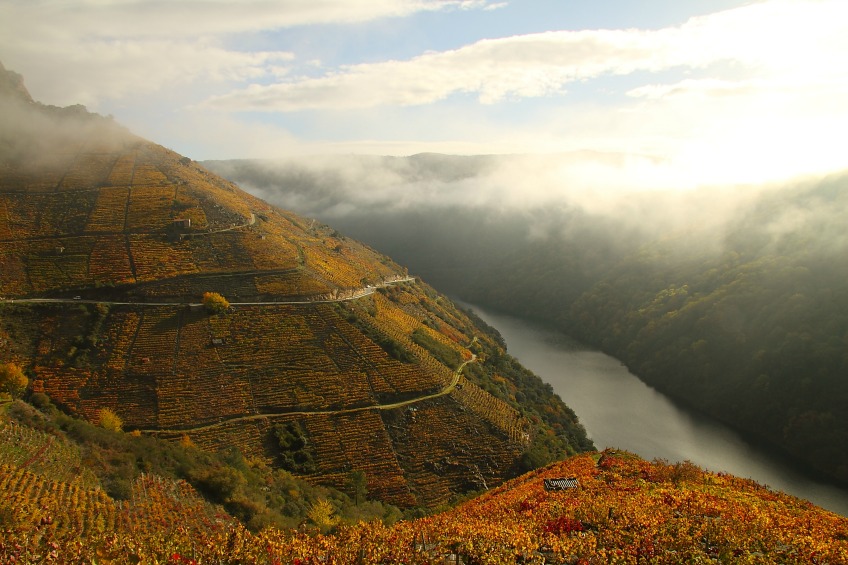 Ribeira Sacra is a real gem. This beautiful land, steeped in wine-making traditions, is located in a colourful picturesque valley, in Galicia, North-West Spain.

The region is especially known for its natural treasures, supporting a vast and varied ecosystem.

The vineyards located along the river (which creates a natural frontier between the Galician cities of Orense and Lugo), are arranged in a set of stone steps, called ‘socalcos’, dating back to Roman times. 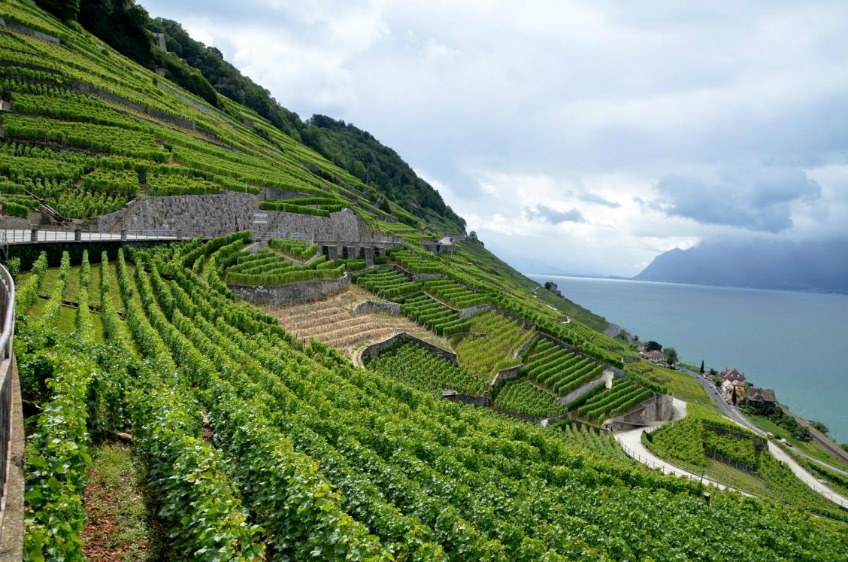 Lavaux vineyards are located in the Swiss canton of Vaud in the district of Lavaux. Built by the monks 800 years ago, these lands were declared a World Heritage Site in 2007.

Shaped by human hands since the Middle Ages, these vines offer exceptional views; reflecting in the sparkling waters of Lake Geneva against a majestic mountain backdrop. The main grape variety grown in these vineyards is the Chasselas. 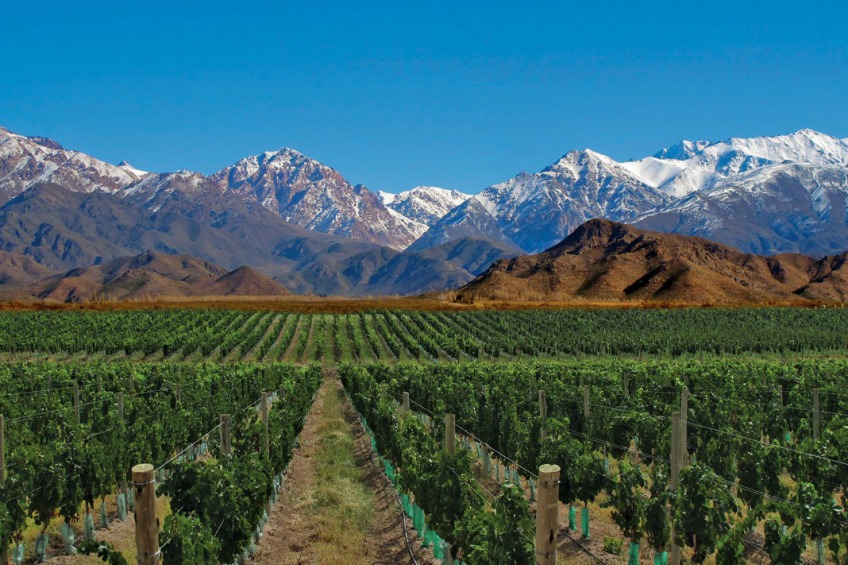 An emblematic wine route, which ranges from small producers to the most prevalent producers in the country, Mendoza is the most famous wine region of Argentina. With the Andes looming in the distance, protecting their vineyards, the landscape of the zone is quite spectacular.

Mendoza is a remarkable oasis located in a desert region. It is a wine land full of natural beauty, fertility and wonderful wines. 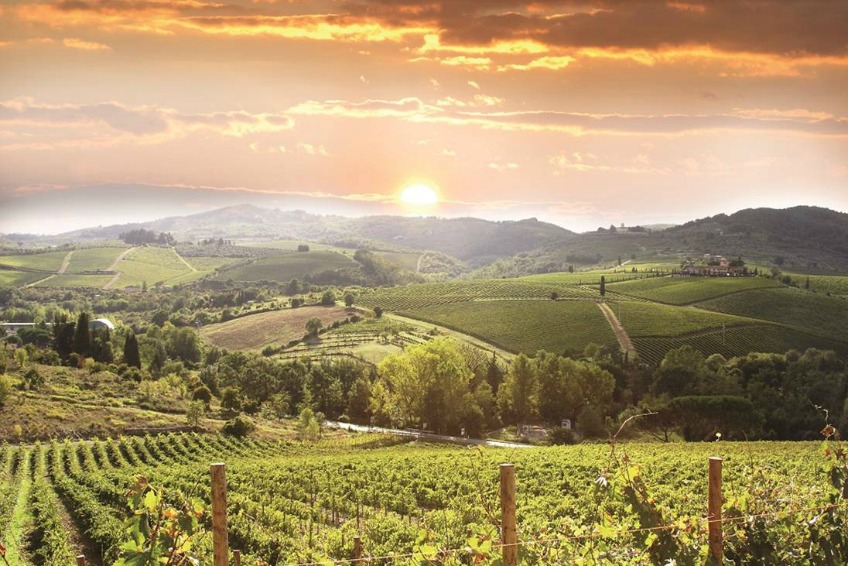 The region of Tuscany is one of the most popular destinations for tourists and travellers. The film ‘Under the Tuscan Sun’ inspired many a wino to find themselves among the vines, and who can blame them? The rolling hills, huge skies and generous sun grant Tuscany its well deserved reputation as one of the most beautiful regions in the world.

Tourists that visit Tuscany will appreciate the artistic, natural, historical, economic, cultural and geographical heritage wrapped up in this land. 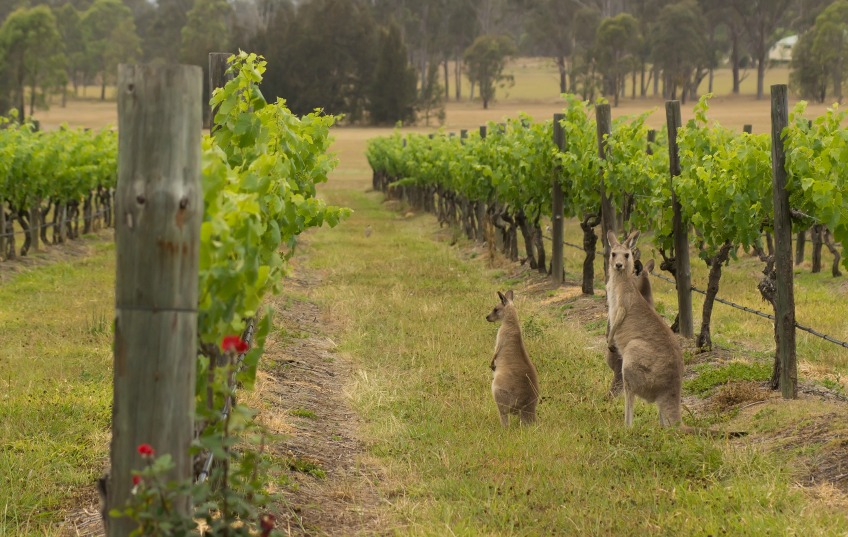 Even kangaroos love to enjoy the beautiful Australian vineyards. With more than 60 designated wine regions across the country, wine is produced in every state of Australia, constituting a very important part of the economy of the country, as the fourth largest exporter of wine in the world.

Australia has almost 2,000 small wine producers, with the majority of them in the south of the country. 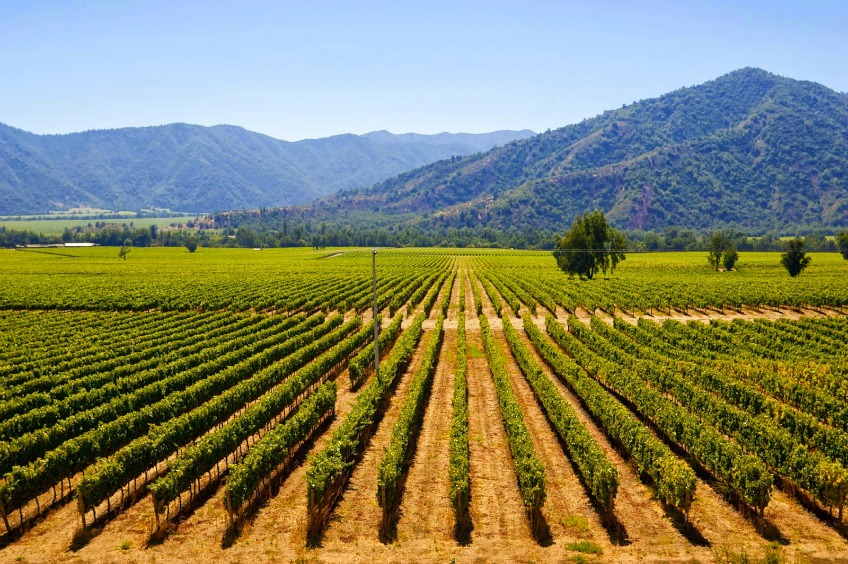 In the Maipo Valley, Chile, one can find some of the best examples of Cabernet Sauvignon in the world. The winning combination of glorious sunshine, fertile soil and a passionate wine-making community, never fails to inspire those who travel there.

Although Chilean wine has a long and colourful heritage, it has only really become a forerunner of the international wine market in recent years. So, there has never been a better time to visit! 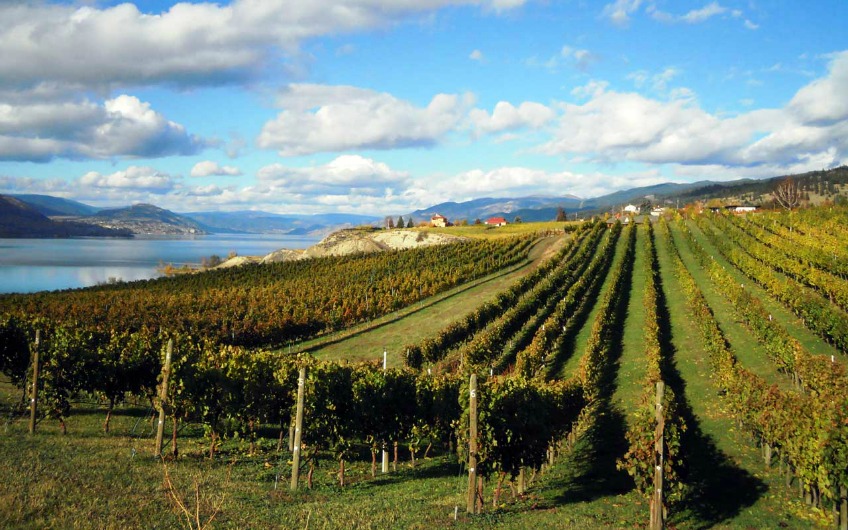 Naramata is a community within the regional district of Okanagan–Similkameen in British Columbia, Canada which offers its visitors beautiful scenery, rich cultural history and diverse gastronomy.

More than 8,000 hectares of vines are cultivated in Canada, a country where people drink more wine per capita than the USA. It’s amazing how vineyards have found a place to grow in such a cold land. But Canada makes it work, indeed, they are the largest producer of Icewine in the world! 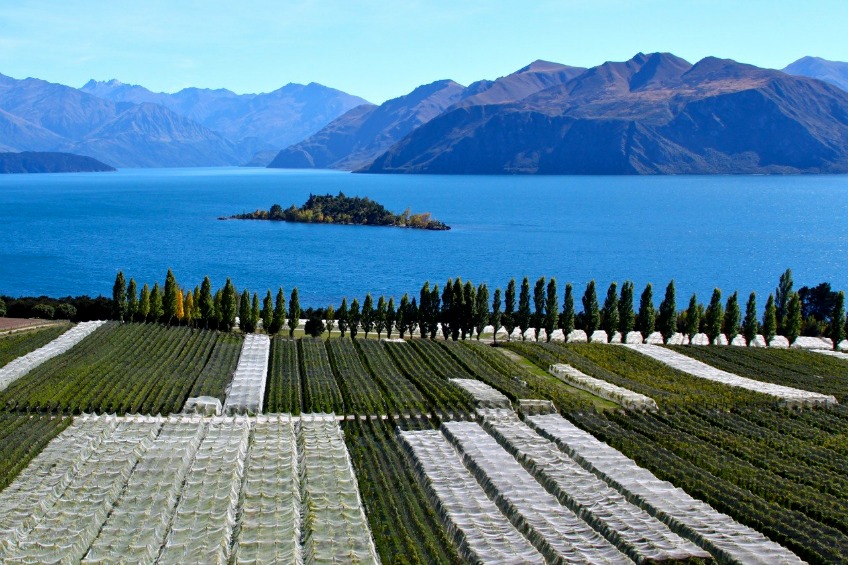 These beautiful vines from the Rippon winery located in New Zealand have been planted on their own root stock, farmed organically since being planted 30 years ago, and have been Biodynamic for the past ten years. The kiwis know how to make sure beauty lasts!

The country has a cool climate viticulture. New Zealand has 10 wine producing centres, and is known in the wine world for its fragrant Sauvignon Blancs. 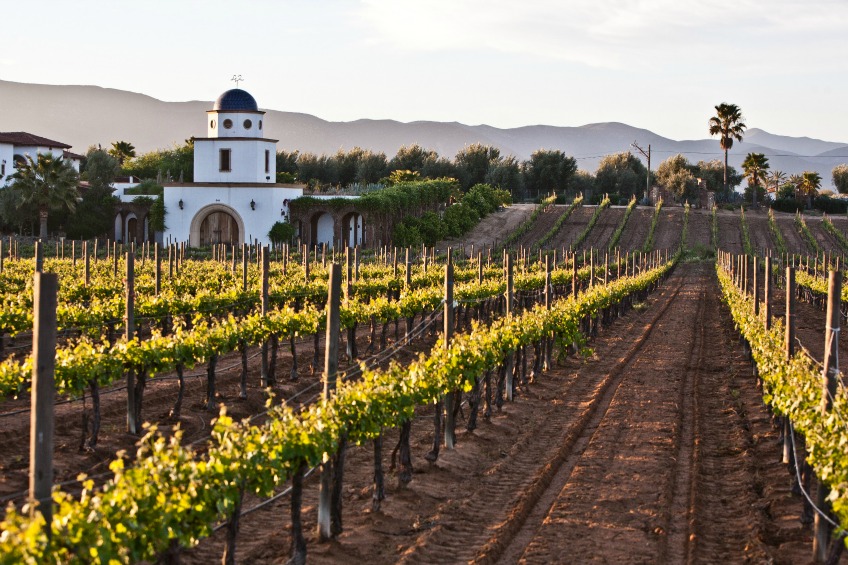 Nearly 80 percent of all wine production of México comes from Baja California. More than 730 km² of the vines planted are located in the valleys on the Pacific coast and along the border of the state of California.

Mexico is the oldest wine-growing region in the Americas, beginning production upon the arrival of the Spanish in the 16th century. 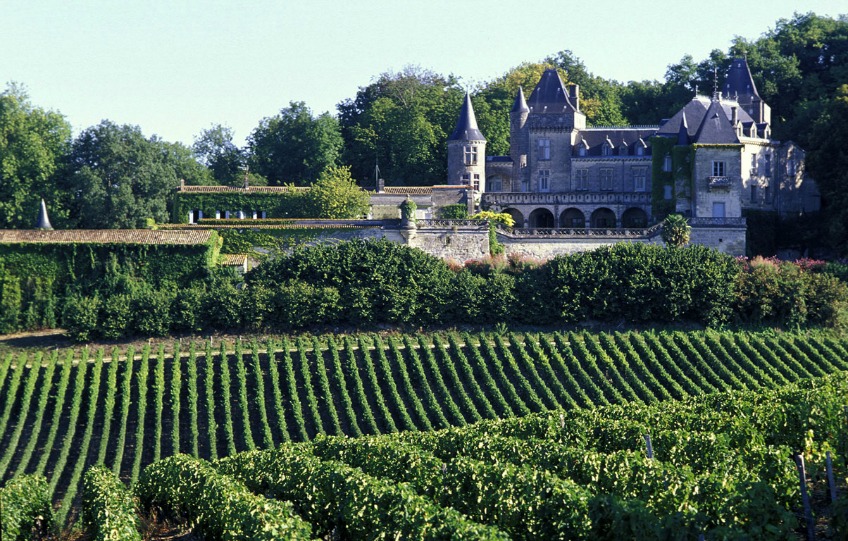 In this beautiful photo we can appreciate the Château de la Rivière, one of the numerous castles typical of France. This particular one is located in the French commune of Fronsac, in the Gironde department in the Aquitaine region in South-Western France.

The vineyards of Aquitaine shape their landscapes and enrich their culture, giving that particular charm to a wine land, full of culture, history and beauty. 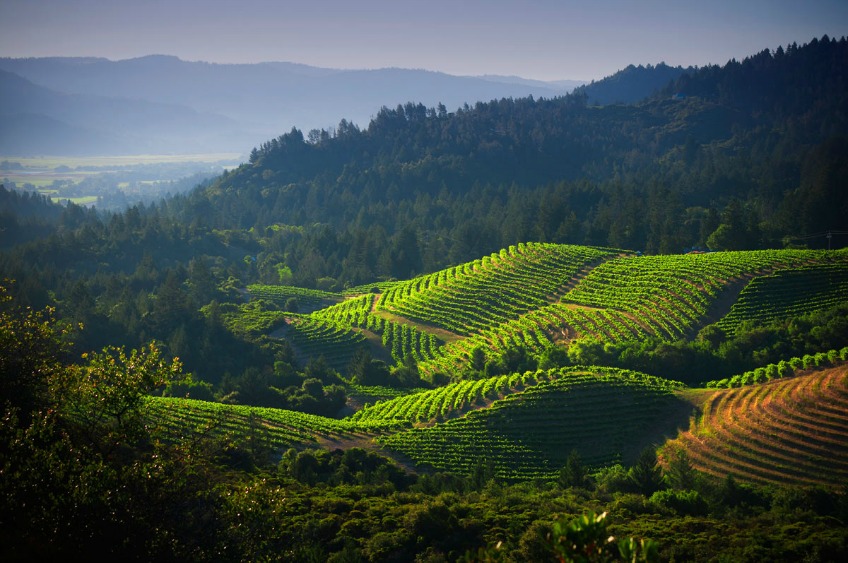 Diamond Mountain is an American viticultural land located in the highest area of the Napa Valley, in the volcanic soils of the Mayacamas Mountains. Here the exposure of sunlight is strong and direct and the vines are more protected from the cool fog coming from San Pablo Bay. The most common grape cultivated in these vineyards is the Cabernet Sauvignon.

If the above photographs have tickled your travel tastebuds then have a look on the website and find your dream destination. Before heading off though, why not take our quiz and see what wine type is best for you!